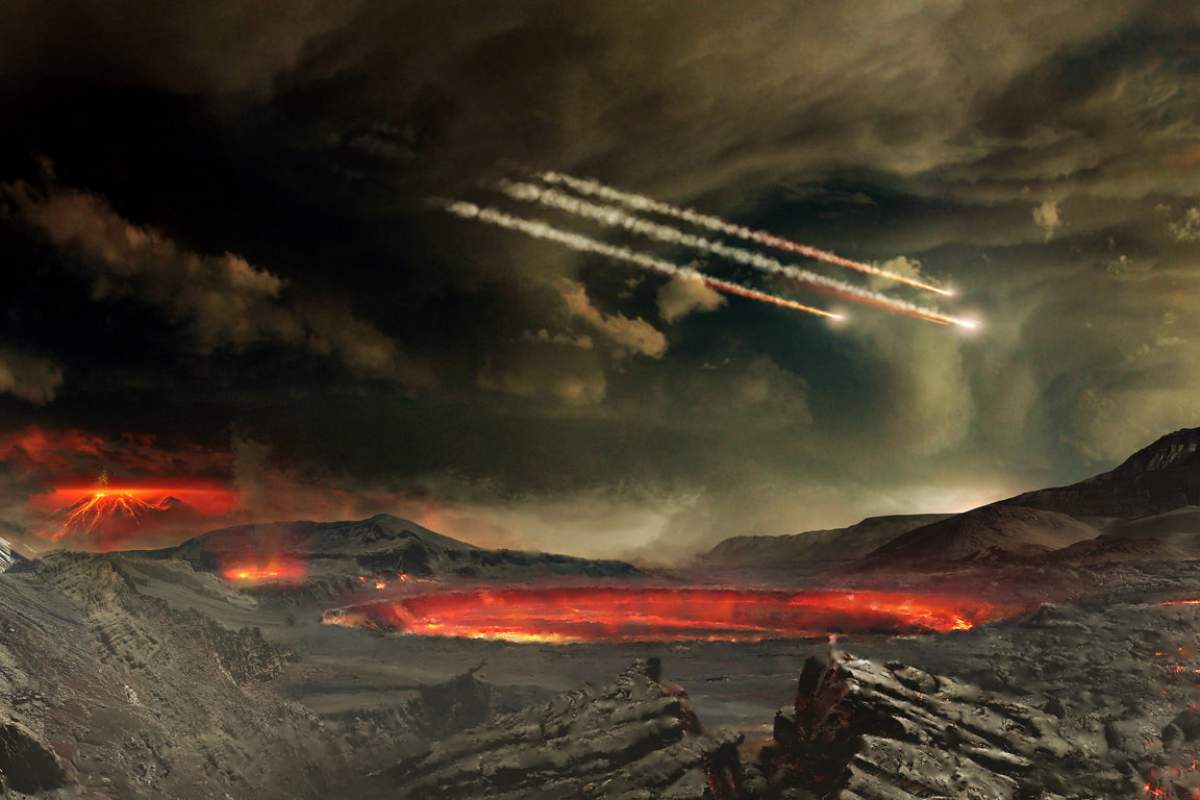 Scientists have discovered evidence of another ancient asteroid impact. This impact happened three and a half billion years ago, much earlier than the impact that contributed to the extinction of the dinosaurs.

Three and a half billion years ago feels like it would be hard to actually verify; there have been three billion years worth of geological and volcanic activity. In a drilled core sample of ancient rock in northwestern Australia, scientists discovered tiny glass beads called spherules.

Spherules can be formed when an asteroid enters the Earth's atmosphere. Rock is vaporized, expands (sometimes appearing as a fireball or like a burst of flame), and then cools and condenses into liquified drops.

Scientists when examining these spherules found in northwestern Australia found elements such as platinum, nickel, and chromium which are found in the same proportions in asteroids in the spherules. They determined that the asteroid that generated those beads would have been ten to fifteen miles across and because of that length, possibly created a crater hundreds of miles wide.

Scientists know this because there's a relationship between the size of the spheres and the asteroid's size and velocity. Ten to fifteen miles across is large enough that the impact would have triggered enormous earthquakes and tsunamis.

The tsunamis are important because the sediment deposited from the tsunami helped scientists date the spherules. They found, alongside the other elements and the spherules, a sediment layer that was originally on the ocean floor.

It was preserved between two volcanic layers which enabled scientists to date the glass beads. Material from the impact would have spread worldwide. Using this information, scientists were able to date this asteroid as the second oldest to have hit the Earth, and one of the largest.