What's So Special About A Sharp Knife? 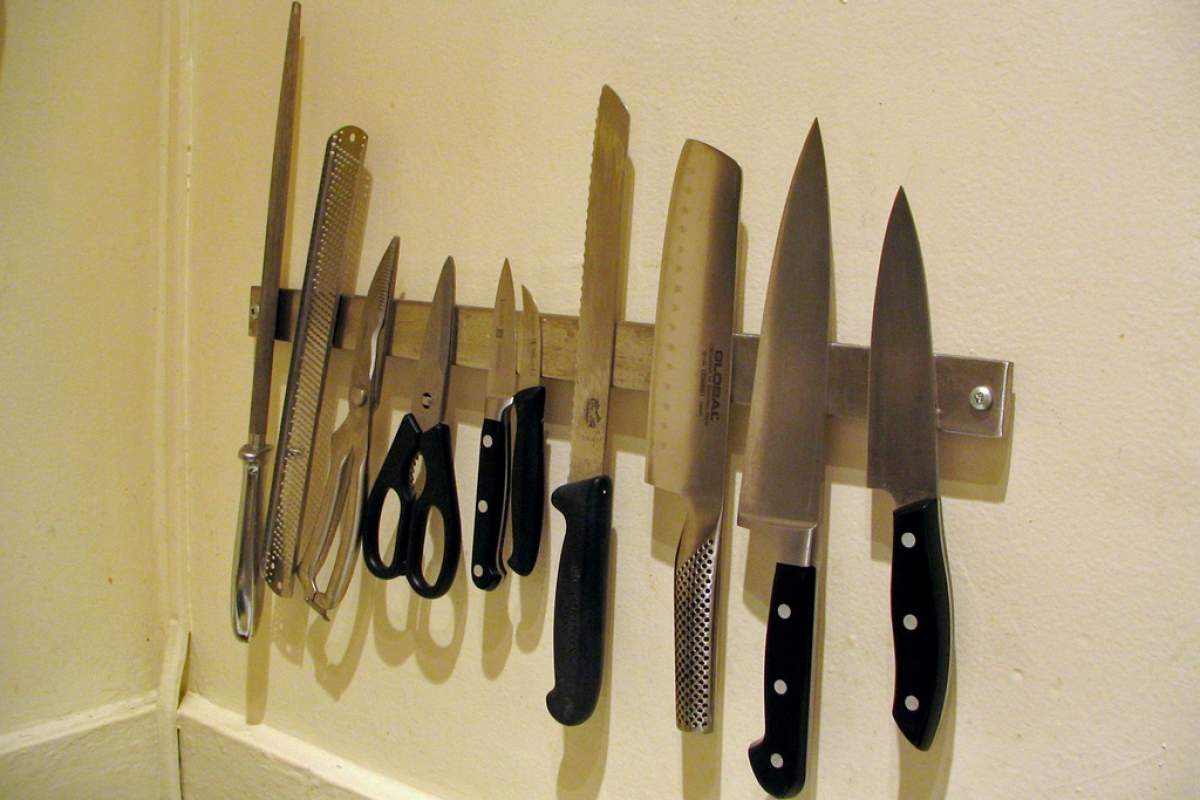 Everyone knows that a sharp knife cuts better than a dull one, but do you know why, exactly?

The purpose of the cutting edge of a knife is to concentrate the force that's being applied at the handle.

When you push down on the handle of a knife you exert a force. The force on the handle and the edge are the same, but the areas in which the force is concentrated are quite different.

At the handle your hand's force is spread over a wide area, but on the cutting edge it is concentrated in a very small area, so therefore the pressure on the edge is much greater.

You can easily see how this works with a piece of modeling clay, a nail with a wide head, and a nail with a small head. First hold the nail with the wide head by its shaft and push it head-first into the ball of clay. Then do the same with the small-headed nail.

The small-headed nail goes into the clay much more easily than the wide-headed nail. Since the head of the small nail has less surface area than the big one, the force of your push is concentrated in a smaller area, exerts more pressure on the clay, and so the nail goes in more easily. The same principal causes pointed high-heeled shoes to sink into a soft surface more easily than flat shoes.

By applying this principal to the knife you can see that with a keener edge there's a greater concentration of the pressure on the edge, so it takes much less force to make the knife cut.