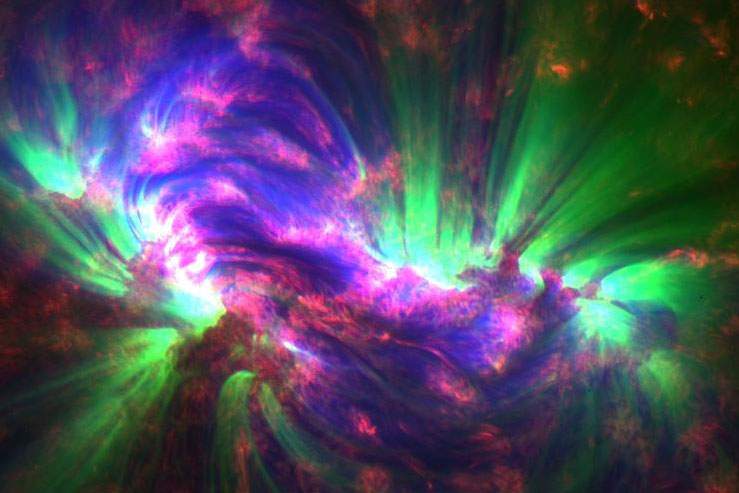 How aware are you of space weather? From NASA, the defintion of space weather is: "Conditions on the Sun and in the solar wind, magnetosphere, ionosphere and thermosphere that can influence the performance and reliability of space-borne and ground-based technological systems and can endanger human life or health."

Usually, changes in space weather are caused by external factors, such as the sun. The sun is constantly sending out millions of high energy particles in what we call the solar wind.

When this solar wind reaches Earth's magnetosphere, the protective magnetic sphere surrounding the planet, most of the particles bounce away. But some manage to end up in near-Earth space.

Sometimes those particles, along with the electromagnetic energy that tags along, can cause auroras. Other times they cause problems for our orbiting satellites, or even damage power grids down on Earth.

Recently, declassified documents about nuclear tests during the Cold War era show that human activity can impact solar weather just as much as the sun does. In some of these tests, bombs exploded in the sky sent out huge fireballs of plasma that distorted Earth's magnetic field lines.

Other tests created artificial radiation belts, which are belts of charged particles that Earth's magnetic fields hold in place. One test even created an artificial aurora over Western Samoa, which was especially strange, since usually auroras occur only at Earth's poles.