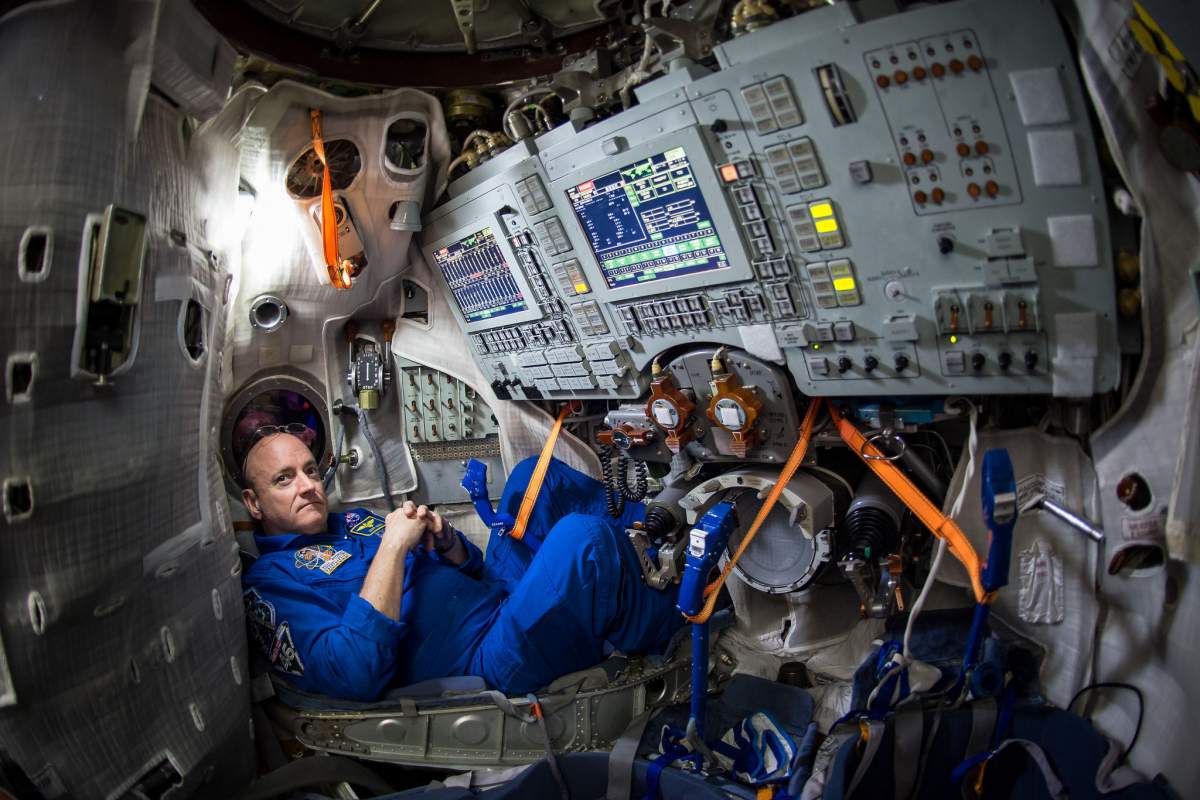 Spending time in space is rough on astronautsâ€˜ bodies. Unless astronauts are careful to exercise, the near total absence of gravity can cause their muscles to atrophy.

And, exposure to radiation can even mess with astronautsâ€˜ genes. To be more specific, spending a lot of time in space can affect gene expression, meaning how genes react to the environment.

So, itâ€˜s not like space travel radically changes your DNA. Not radically, although DNA can change a bit. There is evidence that being in space can affect how genes turn on and off.

Researchers studied the effects of spending long periods in space on astronauts Scott and Mark Kelly, who are twins. And they found that after spending nearly a year on the International Space Station, Scott, the space-dwelling twin, had a seven percent difference in his gene expression, compared to his Earth-bound brother.

That doesn't mean he came back looking noticeably different or anything like that. The changes are at the molecular level. Some of the things the researchers found included cells lacking oxygen and damage to mitochondria-parts of cells that produce energy.

Scientists don't know if the changes are permanent. Only time will tell.

The larger point is that space can really affect human bodies in ways that may or may not be harmful in the long run. And that's especially relevant for something like a manned mission to Mars, which would take at least three years!