What Are Solar Tornadoes? 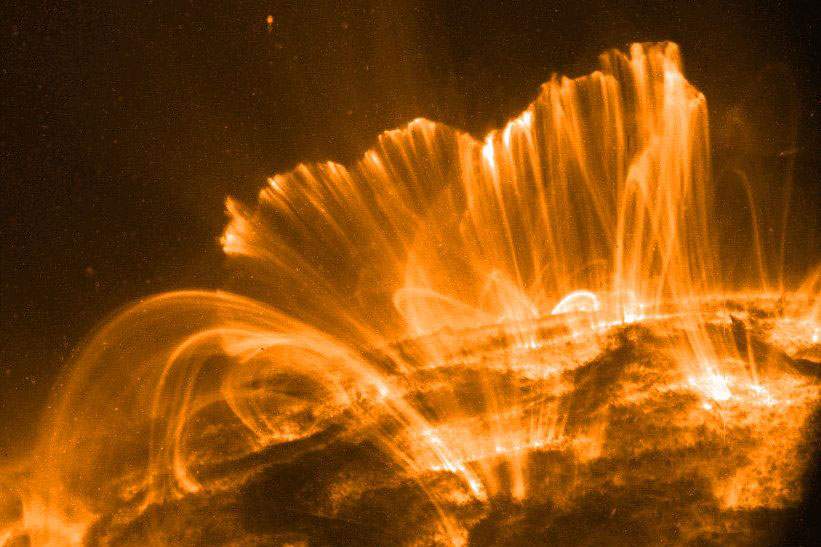 Large, Earth bound tornadoes are pretty impressive weather events. Those dark, giant funnel clouds inspire much awe and fear. But they're nothing compared to so called solar tornadoes solar gases swirling in monstrous formations deep within the sun's atmosphere, measuring the width of several Earths and spinning at up to 190,000 miles per hour.

All About Solar Tornadoes

Scientists have known about solar tornadoes for some time. But just recently they've captured a massive one on camera for the first time. Unlike earthly tornadoes, which consist of powerful swirling winds, solar tornadoes are magnetic events involving super heated gasses being sucked up from the sun towards its atmosphere.

The gasses drag magnetic fields and electrical currents in their wake, carrying them into the star's high atmosphere.

Now, earthly tornadoes are noteworthy for the material damage they can cause. While solar tornadoes are no threat to trailer parks, they may be implicated in other sorts of mayhem.

Scientists believe that solar tornadoes often occur in conjunction with a coronal mass ejection when a part of the sun's atmosphere breaks off and jets through space. These ejections cause solar storms that can make satellites go on the fritz and even affect the earth's electrical grid.

So the more scientists understand about what causes solar tornadoes and how they work, the better able they may be to predict solar storms that can damage man made technology.