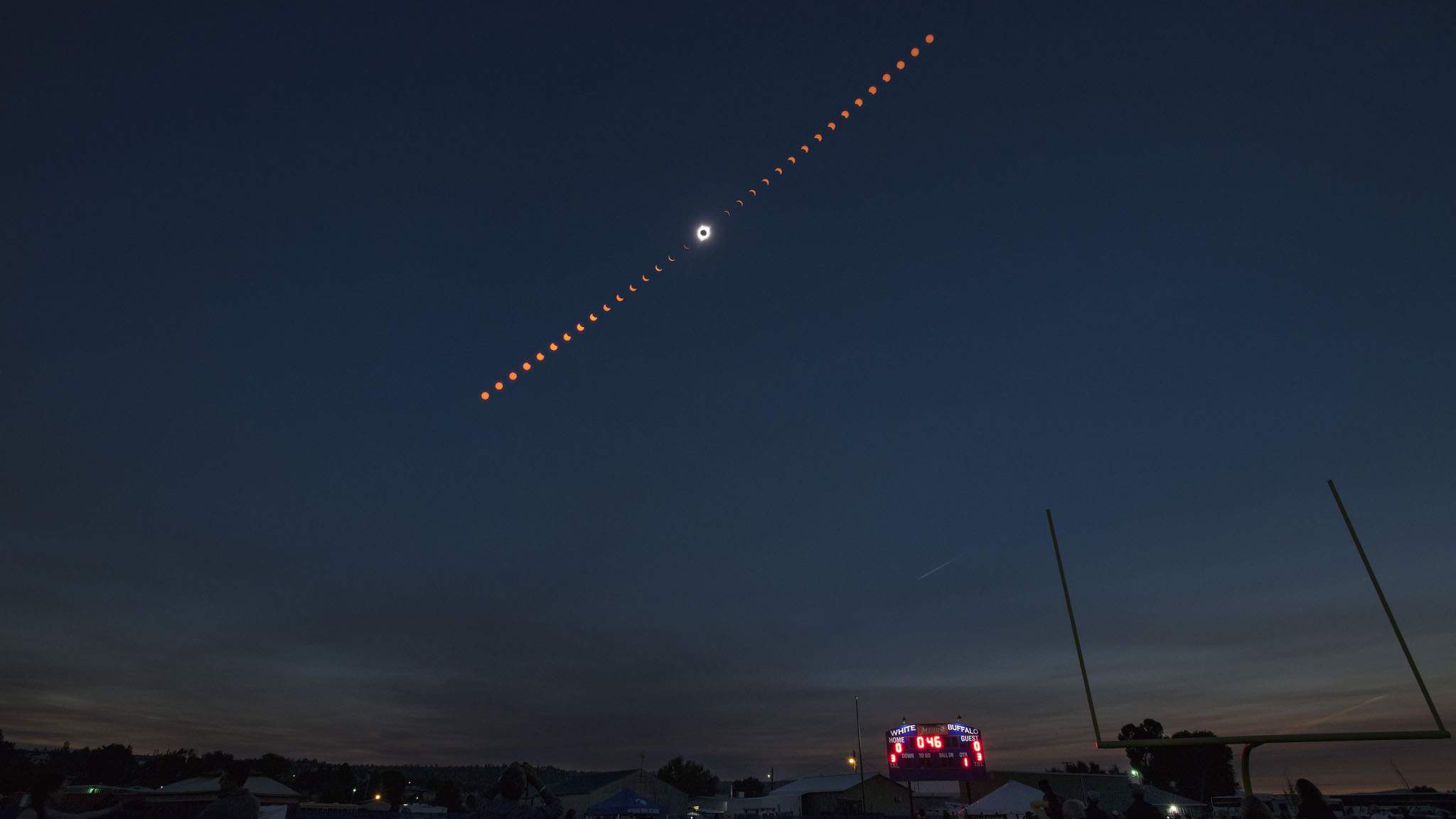 Certified viewing glasses were backordered on Amazon in the days running up to the eclipse. On the day of it, there were clusters of people handing the solar eclipse glasses back and forth to one another. Groups the had made pinholes were uninterested in offers of the glasses, one of them said they preferred to watch it, "the old-fashioned way."

Along the line of totality, there were reports of a long line of cars parked illegally on the sides of highways. Hotel rooms and Air Bnbs were, for last minute bookings, were going for a thousand dollars a night. People on social media called it breathtaking, like nothing else.

For some, this all felt like too much hype. A solar eclipse, even a total one isn't that rare. They can be viewed regularly on Earth from different locations; often though, the line of totality falls on the oceans or on underpopulated regions.

The United States hadn't seen an solar eclipse of this length, spread across the continental US, since 1918. And even though this most recent eclipse was hyped as a once in a lifetime event, another one similar in scope will happen on April 8, 2024.

The line of totality will be spread from Maine to Texas. The rest of the United States and parts of Canada and Mexico will be able to see a partial solar eclipse.

In Bloomington, where A Moment of Science is based, the August 21st eclipse was at its maximum at 95% totality. It was cloudy. Earlier in the day, people were afraid that it wouldn't be visible.

Watching an eclipse at even just 94% totality is a strange feeling. It feels unnatural, even with protective glasses, to stare up toward the sun. A partial eclipse, even with that much of the sun covered, doesn't feel ominous.

Through the protective lenses, the color black is deeper and richer than almost anywhere else. The only thing darker I've ever experienced is taking a cave tour and having the guide turn off all the lights for a moment, so that everyone could really, truly experience darkness.

The sun through the glasses is a rich orange-yellow. The closest I've come to seeing that color orange is seeing a sunset over the ocean.

A partial solar eclipse is a beauty that can only be experienced safely with some form of remove. To glimpse, accidentally or on purpose, a partial eclipse is to risk permanent retinal damage.

What makes the eclipse worth seeing, isn't just its perceived rareness, but the dedication it takes to have that experience. You have to seek out or create something to watch. You have to find the time to pause and consider the sun, the moon, and Earth, and how all three interact.

In 2024, Bloomington will be in the line of totality. For about four minutes, the sun's corona will be able to be seen. If you didn't get a chance to experience the 2017 eclipse, start making plans for the next one.