No Friends? Eat With A Mirror. 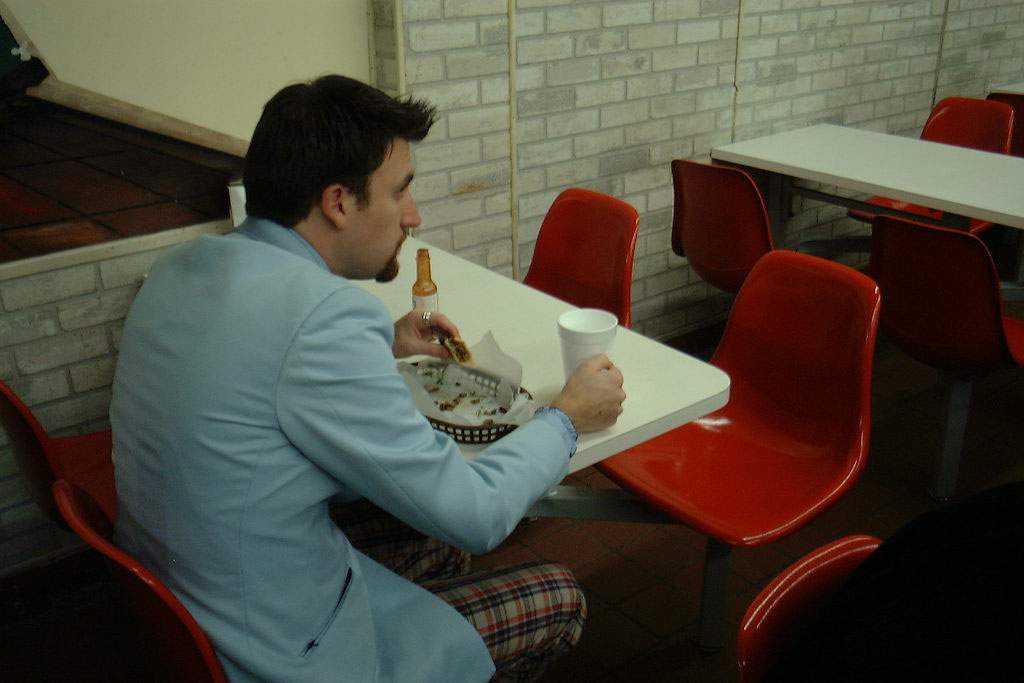 Have you ever gone to a restaurant with a friend and thought everything was so, so delicious, but then you go to the restaurant alone the next week or get take-out to eat alone, and there's just something missing?

Maybe there were just different kitchen-staff cooking the food, but it also could have been because of the phenomenon of social facilitation of eating.

It's a pretty well-documented phenomenon where people eat more and report food tasting better when eating with other people.

The Man In The Mirror Thinks The Risotto Is Delicious

Recently, researchers in Japan were trying to figure out what the minimum requirement for the social facilitation of eating is.

They initially conducted the experiment with older adults, since studies have shown that many elderly people eat alone, but when they did the same test with young adult volunteers, the results were the same.

Researchers found that even setting up a photo of yourself, like a selfie, can also influence your response to having a meal.