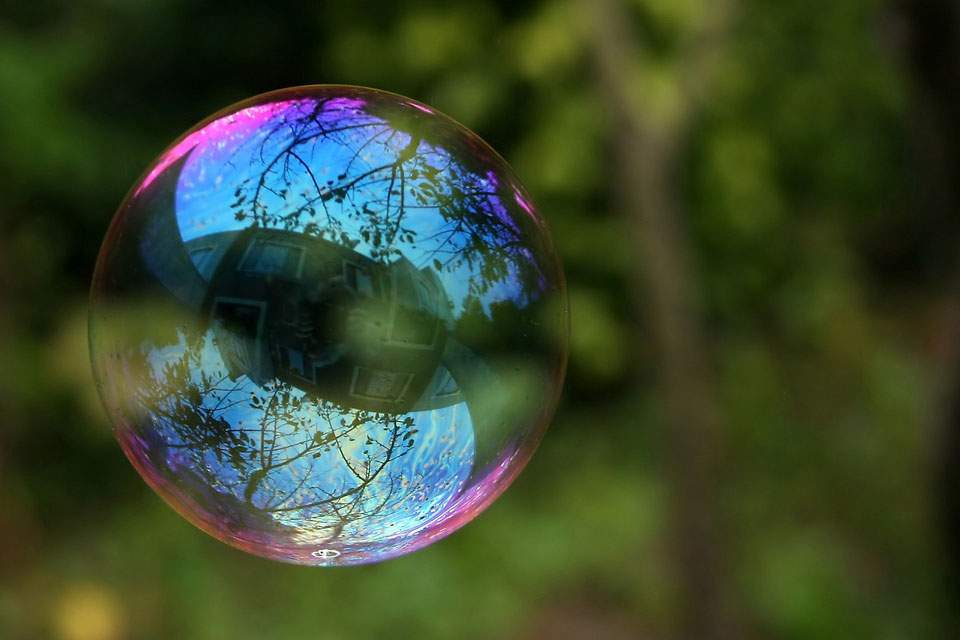 We can think of light as waves traveling through space, like ripples across a pond. Light can have different wavelengths i.e. different distances between the crest of one wave and the crest of the next.

Different wavelengths of light give us the sensation of different colors. Those are some abstract, but basic ideas about light. Here's how to see those ideas in action.

Make a solution of soapy water in a shallow bowl. Take a coffee cup and lower it, mouth down, into the soapy water, then lift it out gently. You want a thin soap-bubble film across the mouth of the cup (we explained why you need that thin film toÂ create bubbles in this post, if you're interested in how bubbles are made).

Now, hold the cup so the soap-bubble film is vertical. Hold it, so you can see the reflection of a bright light, such as the sky, in the bubble's surface. After a few seconds you'll see bands of color appear near the top of the bubble, slowly moving downward.

The soapy water has no color of its own. The thickness of the bubble makes the colors.

This is the same process that makes colors in oil floating on water. And most of the blue colors in bird feathers and butterfly wings also come about in the same way; Not through colored dyes (although scientists are attempting to create dyes to mimic this kind of coloring), but through reflection of light from both sides of a thin film.