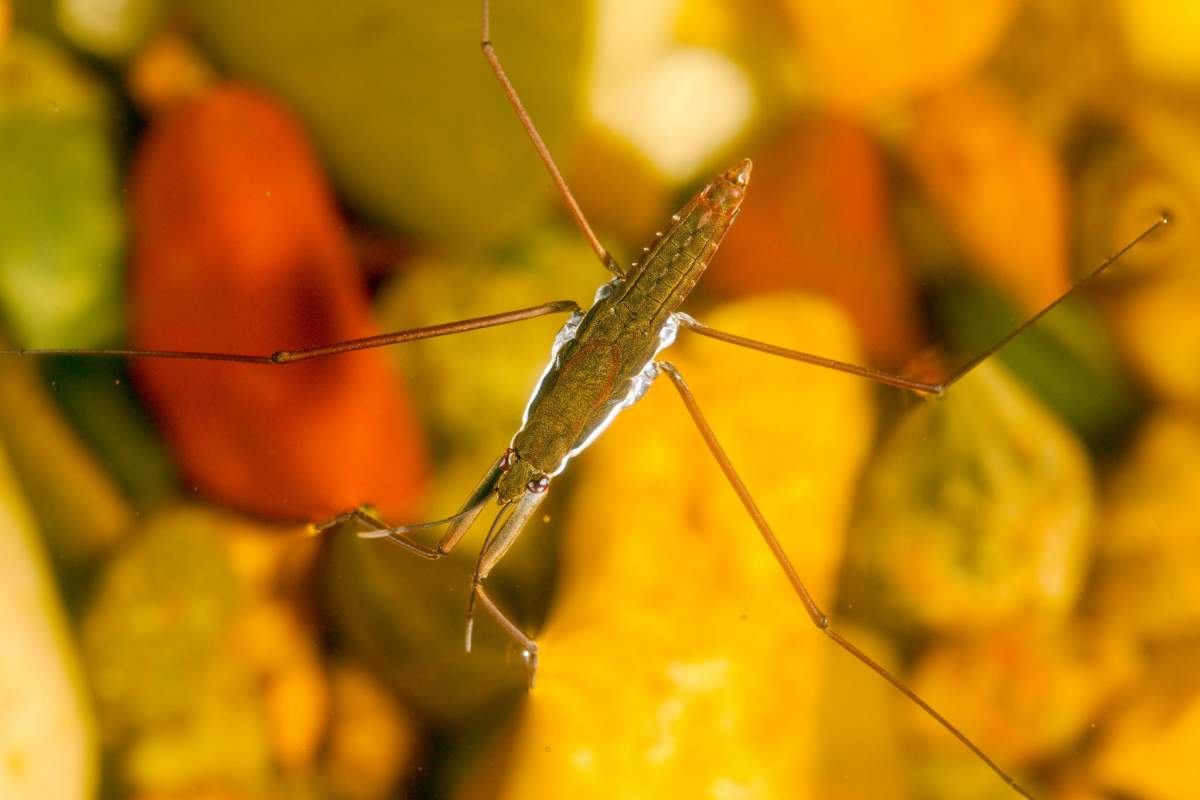 Water molecules attract each other. The molecules at the surface of a body of water make a film under tension. That film is strong enough to support a needle or a small insect like a water strider. Surface tension also pulls water into round droplets.

You can do a simple experiment to get a clear idea of water's surface tension. You need a clean dinner plate, some talcum powder (also known colloquially in the United States as baby powder), and a bar of soap. Rinse the plate thoroughly to get rid of any lingering grease or soap that might remain after its most recent washing.

This might be the hardest part: fill the plate, but don't overflow it with water. Sprinkle a small amount of talcum powder on the water's surface.

Now take a bar of soap and touch one corner of it to the water surface near the edge of the plate. The talcum powder will be pulled suddenly to the opposite side of the plate. (If you're struggling to do this with the bar of soap, check out the similar experiment in the links below. They have a different method)

The talcum powder doesn't dissolve in the water, and it doesn't sink; it lies on the water surface, supported by surface tension.

The effect of the soap is to break that film of surface tension. At the place where soap touches water, molecules of water attract molecules of soap rather than each other.

Meanwhile on the other side of the plate, water molecules still attract each other. It's like cutting a stretched rubber band. The surface tension on the far edge of the plate pulls the talcum powder away from the soap.