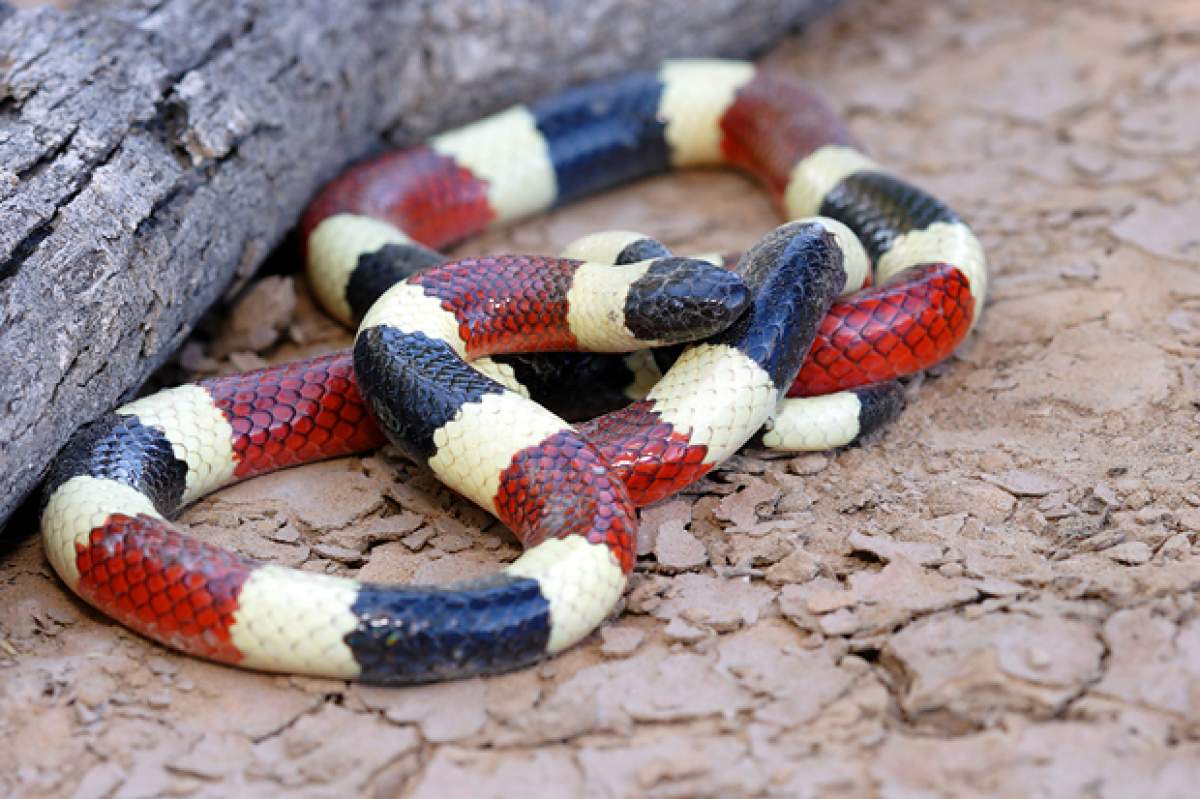 Sometimes, it can be hard to tell the difference between snakes. Like for example, a coral snake is venomous and thus its bites when left untreated can have severe complications. But there are snakes like the non-venomous scarlet kingsnake which can initially look like they might be coral snakes.

There are memory tools out there to differentiate the two, like for example if the red and black stripes touch, that's probably not a coral snake. But let's get more into why this mimicry might happen.

Two kinds of snake patterns out there are aposematic and camouflage. Aposematic means it serves as a warning sign to the organism's predators that they should stay away or else.

But some patterns that look far out to us are actually camouflaging in a creature's natural habitat. How can scientists be sure that a pattern is aposematic and not camouflaging?

In the wild in Costa Rica, the appearance of coral snakes was thought by some scientists to be camouflaging. An evolutionary biologist showed that the snake's appearance was aposematic, though, by showing that birds were just as likely to avoid a coral snake if it were on a white paper background as when it was on a natural background.

In Central America there are about twenty species of snakes that mimic the coral snake. This experiment also revealed that even the least impressive mimics were less likely to be attacked as a result of their aposematic mimicry of venomous snakes.

But how does a predator learn to avoid snakes of a certain pattern if the snake in question is deadly? In this case, some birds have evolved an innate avoidance of the coral snake's pattern. We know this because another biologist showed that birds raised in captivity are afraid of wooden dowels painted to resemble coral snakes.