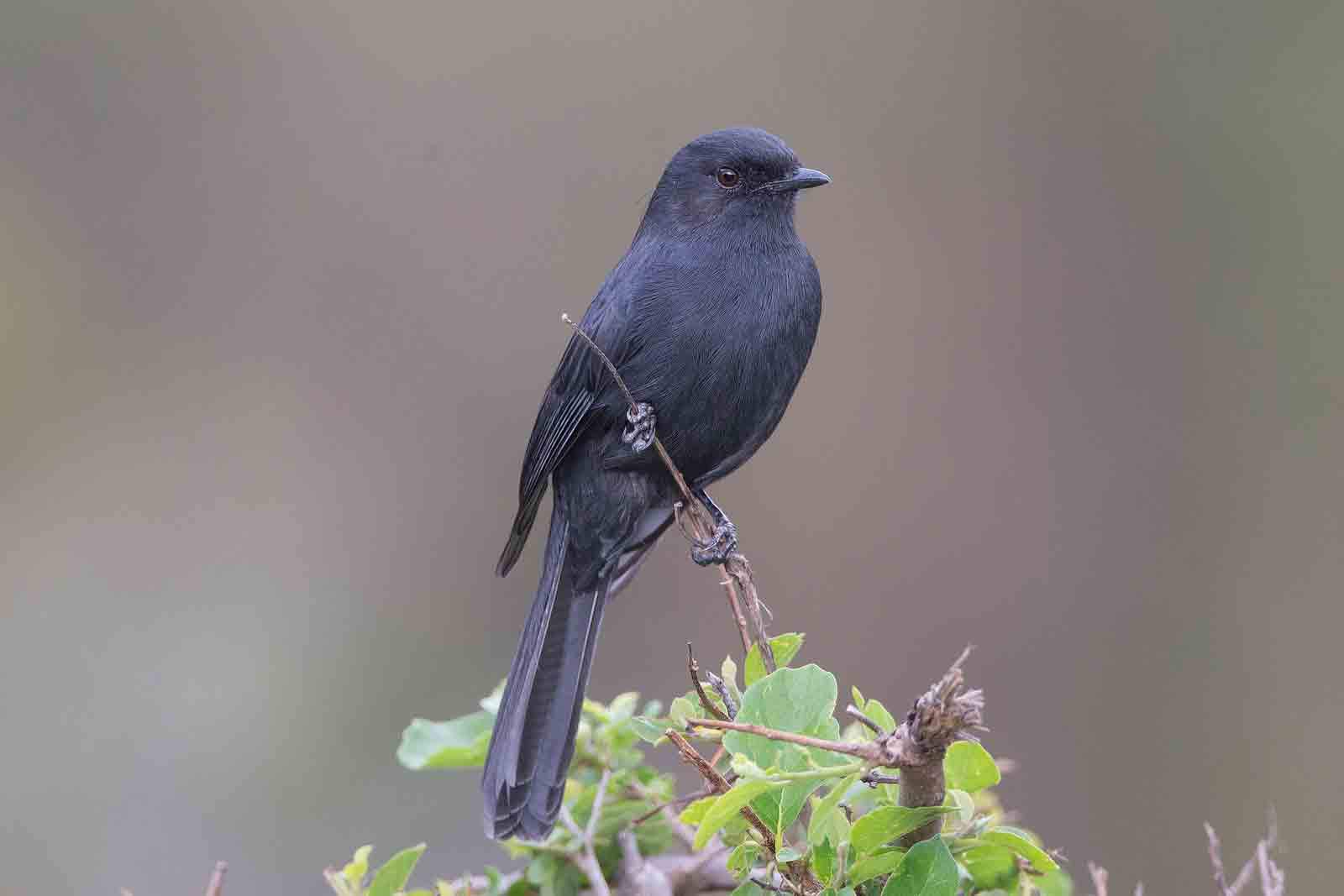 Birds Of A Feather

Because they live in isolated populations, many island animals have evolved unusual features. Parrots on New Zealand are flightless. Tortoises are giant sized on the Galapagos Islands. Aye ayes from Madagascar are primates that use echolocation, like bats, to find their prey.

Scientists noticed that flycatcher birds on the Solomon Islands, known as Chestnut bellied Monarchs, have two color schemes. Some of them are chestnut, while others are black-bellied.

When a dark pigment known as melanin is deposited in growing feathers, it can result in black feathers. The flycatchers obviously have a set of genes that are responsible for the dark coloration, but scientists wondered if that gene combination was advantageous.

The scientists visited 13 islands of varying sizes to find out how many Black-bellied Flycatchers were living in each population. They discovered something very interesting: The smaller the island, the higher the number of black individuals in the population.

Studies with mammals and fish have found a genetic link between melanism pigmentation and aggressive behavior. The scientists think the same thing is happening with the flycatchers. On smaller islands, there is less space available for breeding territories. More aggressive birds have a better chance of getting and keeping a territory.

The scientists also did experiments using stuffed bird models and recorded songs to mimic a stranger entering each bird's territory. They found that black birds reacted more aggressively than their chestnut-bellied counterparts to the introduced stranger. This suggests that aggression is tied to darker pigmentation.

For flycatchers on small islands, feather color and its relationship with aggression may mean the difference between having a home and not. When the competition is high, black means success.