How Similar Are Humans and Chimps? 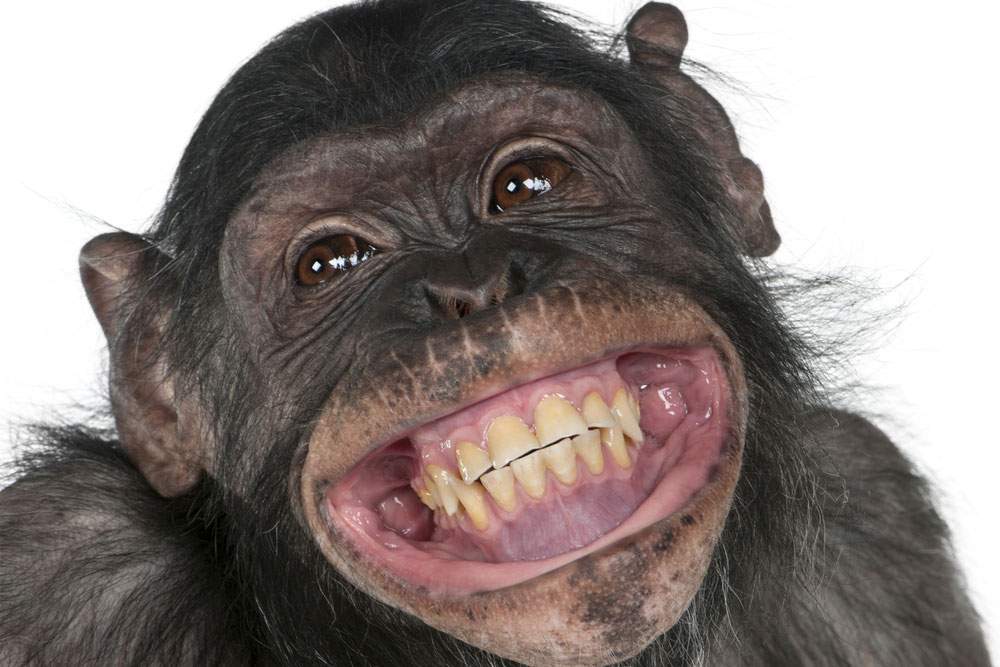 Dear A Moment of Science, I know that chimpanzees are our closest relatives in the animal kingdom, but just how similar are humans and chimps, really?

The answer depends on your perspective. From one angle, chimps and humans seem very different. Chimps live in jungle forests, we live in built dwellings. Chimps communicate through grunts, hoots and other sounds. We use iPhones.Â But from another perspective, chimps and humans are very similar. For example, there's evidence that chimp personality traits are very similar to human personality traits.

Researchers at Georgia State University had chimp caregivers at the Yerkes National Primate Center fill out chimpanzee personality questionnaires rating chimps based on their behavior. The researchers then analyzed more than 170 questionnaires in an attempt to determine how the observed traits go together.

They found that while chimps tend to be either dominant Alphas or more submissive Betas, each category also includes personality traits resembling those in humans. For example, the five main personality traits for humans are openness, conscientiousness, extroversion, agreeableness and neuroticism. Alpha and Beta chimps have a similar variety of traits: dominance, conscientiousness, extroversion, agreeableness and intellect.

The same brain hormone affects many feelings and behaviors in both chimps and humans, so it's no surprise that chimp and human personalities fall into similar categories. It, therefore, makes total sense to useÂ chimp models to study how the brain shapes human personality.