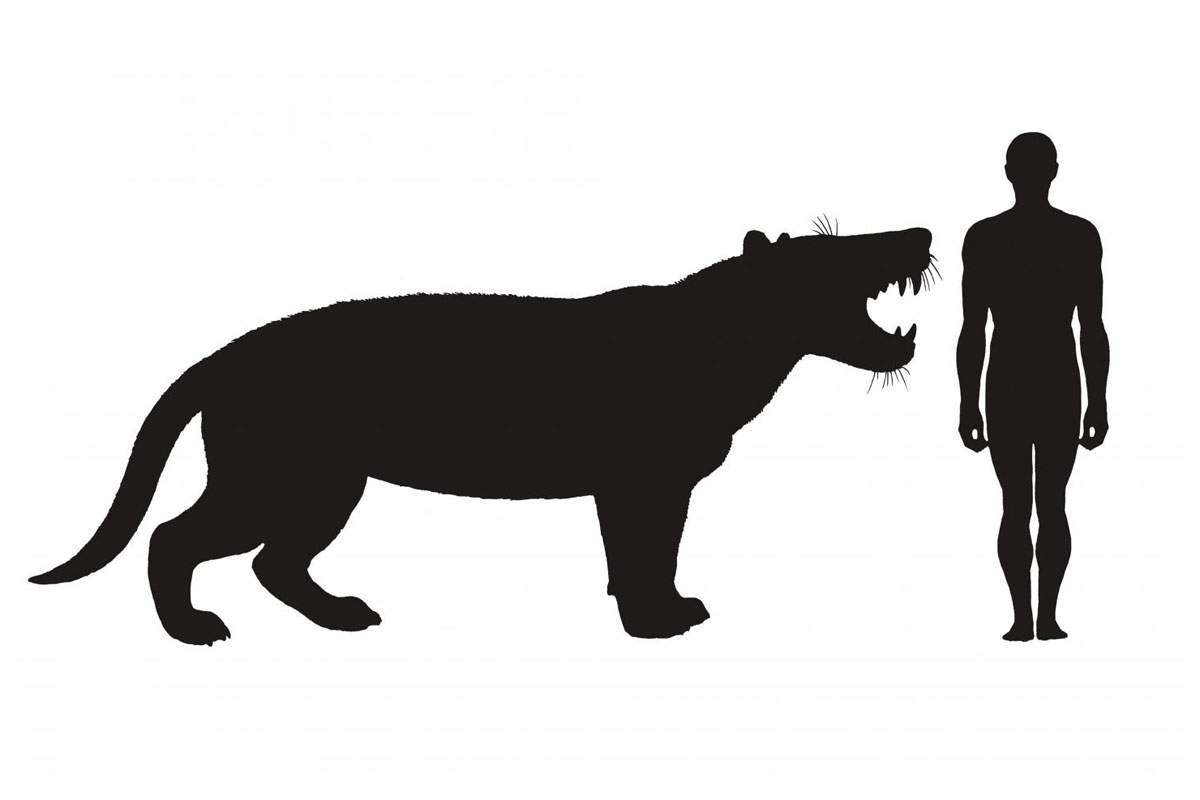 The distant past is poorly known, and paleontologists find fossil evidence for new large animals all the time. In 2019 two American researchers reported discovering the fossil remains of a carnivorous mammal larger than a modern lion, and even larger than a prehistoric saber-toothed tiger. It lived 22 million years ago in what's now Africa.

The specimen was found in a museum drawer at the Nairobi National Museum in Kenya.

Decades ago, a team of paleontologists dug up fossils of its jaw, portions of its skull, and some other parts of its skeleton. But the team was looking for fossils of prehistoric apes, so they just cataloged it, stored it, and forgot it.

So the modern researchers must have found something interesting about the fossils that the earlier team didn't.

They found that the fossil creature was a mammal, but not closely related to any modern group of mammals. It was a member of an extinct group called the hyaenodonts. For 40 million years after the extinction of the dinosaurs, they were the dominant group of mammalian predators in Africa. They all died out when their environment changed. The scientists named the creature Simbakubwa kutokaafrika. Since there were in apes in Africa back then, it's possible that this gigantic predator, with canine teeth as big as bananas, might have dined on our distant ancestors.