Looking for Signs of Life on Earth 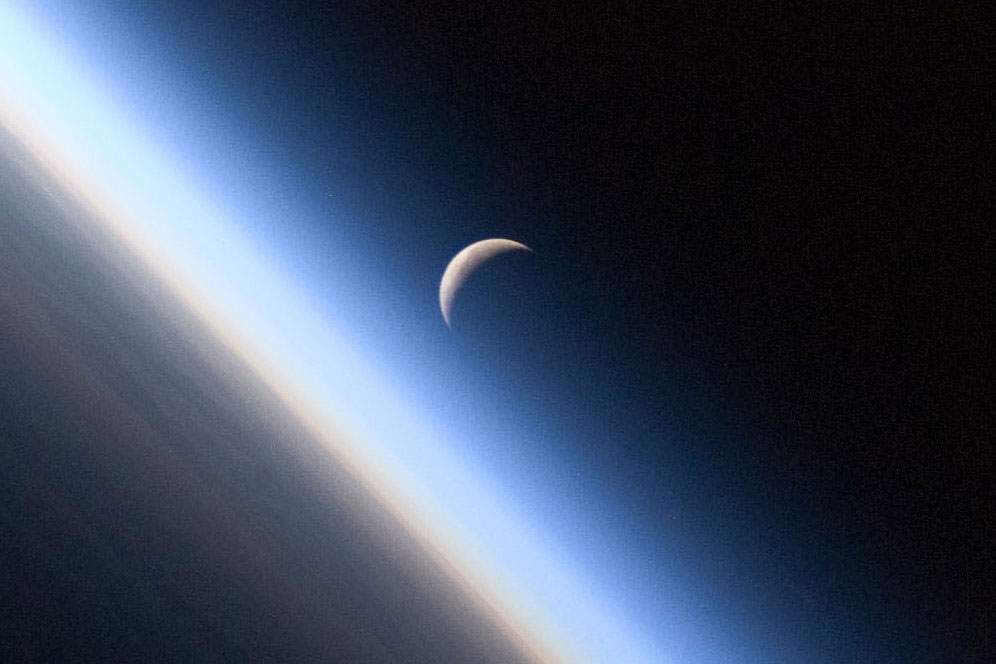 Can we find life on other worlds? Astronomers have found planets like the Earth orbiting other stars. But these exoplanets are light years away, so it's not feasible to send a space probe. Instead, scientists hope to learn whether these planets harbor life using clues contained in light.

When an exoplanet passes in front of its parent star, starlight is absorbed by the planet's atmosphere, in ways that can reveal its chemical composition. To find markers for life, scientists are taking a new look at Earth's atmosphere.

A lunar eclipse happens when Earth passes in front of the sun as seen from the moon. Just as for an exoplanet, the sunlight reaching the moon is altered by passage through Earth's atmosphere. The moon reflects some of this light back to Earth where it can be measured.

Several teams of astronomers have made these measurements. Water is vital for life as we know it, but the light signature of water vapor proved faint and hard to detect. The observed light was transmitted or scattered high up in Earth's atmosphere, where water vapor is scarce.

The signature of nitrogen dioxide was prominent. This gas is a breakdown product of a gas made by microorganisms, and a human pollutant. But since volcanoes also produce it, it isn't a clear sign of life.

The most promising biomarker was oxygen, whose signature stood out clearly. Earth's oxygen is produced by plants and algae when they harvest the energy of sunlight. It's very reactive, and would disappear unless constantly replenished. So, if other planets have Earth-like oxygen levels, we can find out from a distance, and the finding would be strong evidence of a life bearing world.