Why Are Siamese Cats Cross-Eyed? 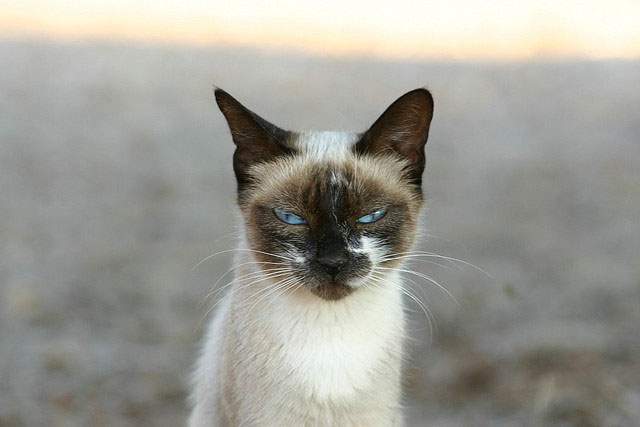 Have you ever noticed that Siamese cats are cross-eyed? In fact, that's the only way a Siamese cat can see straight.

Unlike the eyes of some animals such as rabbits, a cat's eyes both point forwardjust like oursso most of what it sees it sees with both eyes. In order to see clearly, however, the brain has to coordinate the signals it gets from a group of nerve-endings called the "retina" on the back of each eye.

And that's what's wrong with the eyes of a Siamese cat. Instead of being lined up in the back of the eye, the center of the left retina is shifted to the right and the center of the right retina is shifted to the left. So if a Siamese cat's eyes were pointed straight ahead, it's retinas would be looking in different directions, sending a very confused message to the brain.

By turning its eyes in, a Siamese cat looks cross-eyed, but its retinas are now lined up like a normal cat's, sending the brain a clearer picture.