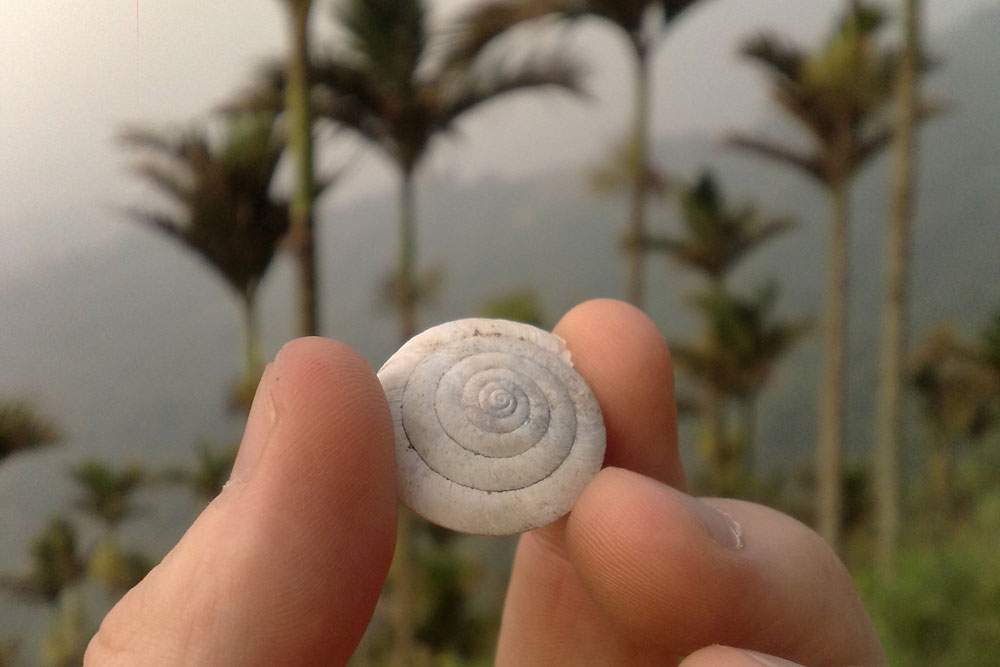 It was all the way back in 540 B.C. that a Greek philosopher named Xenophanes noted that sometimes you can find seashells embedded in rocks high up on mountain tops. How is this possible? The sea creatures who build the shells never leave the ocean, and even if they were flung up on land, there's no way they'd get up a mountain. What's going on here?

Xenophanes proposed an answer which was, in fact, correct, although no one believed it until a couple thousand years later. He said that maybe the mountains had once been underwater.

How is that possible? Could the level of the oceans ever have been so great as to cover mountains?

The answer is not that the oceans fell, but that the mountains rose. Or, more specifically, what was once level ground underwater has, over huge amounts of time, gradually been pushed up into mountains.

To see how this works, lay out a sheet of paper. This is the ocean floor. Now push the two sides together. Voila! Mountains!

What pushed the level ocean floors together in the first place?

In the middle of the Atlantic Ocean is an enormous crack known as the Great Global Rift. Hot material from deep in the earth wells up there and pushes the sides apart. Those sides are known as tectonic plates, and each continent rides on such a plate. When two different plates are pushed into each other the land buckles, just like the paper did. Flat areas gradually get pushed up into mountain ranges, even areas that once, long ago, were underwater.