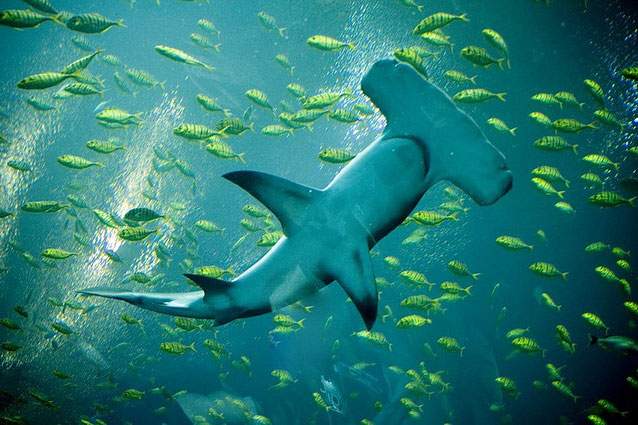 To many people, sharks seem to be little more than primitive, threatening eating machines. But to scientists, sharks are "swimming computers" that boast of one of the most advanced sensory systems among vertebratesincluding humans.

The lenses of their eyes are seven times as powerful as a human eye, and a special membrane in back of their eyes reflects images and increases visual power. A shark's skin is covered with microscopic nerve and hairlike cells that allow it to feel the presence of moving objects nearby.

To interpret this barrage of information, sharks have developed a relatively large and complex brain. Shark's brains are similar in size and function to the brains of animals that have been considered more advanced, such as mammals and birds.

Most unusual, though, is the shark's sixth sensean amazing ability to sense electrical fields in the sea. These electrical fields can be produced by Earth's magnetic field, oceanic currents like the Gulf Stream, shipwrecks, and animals. The shark's sixth sense allows it to detect signals as tiny as those that trigger the heartbeat of a flatfish buried in the sand. This electrical sense may also help sharks orient themselves during migration.