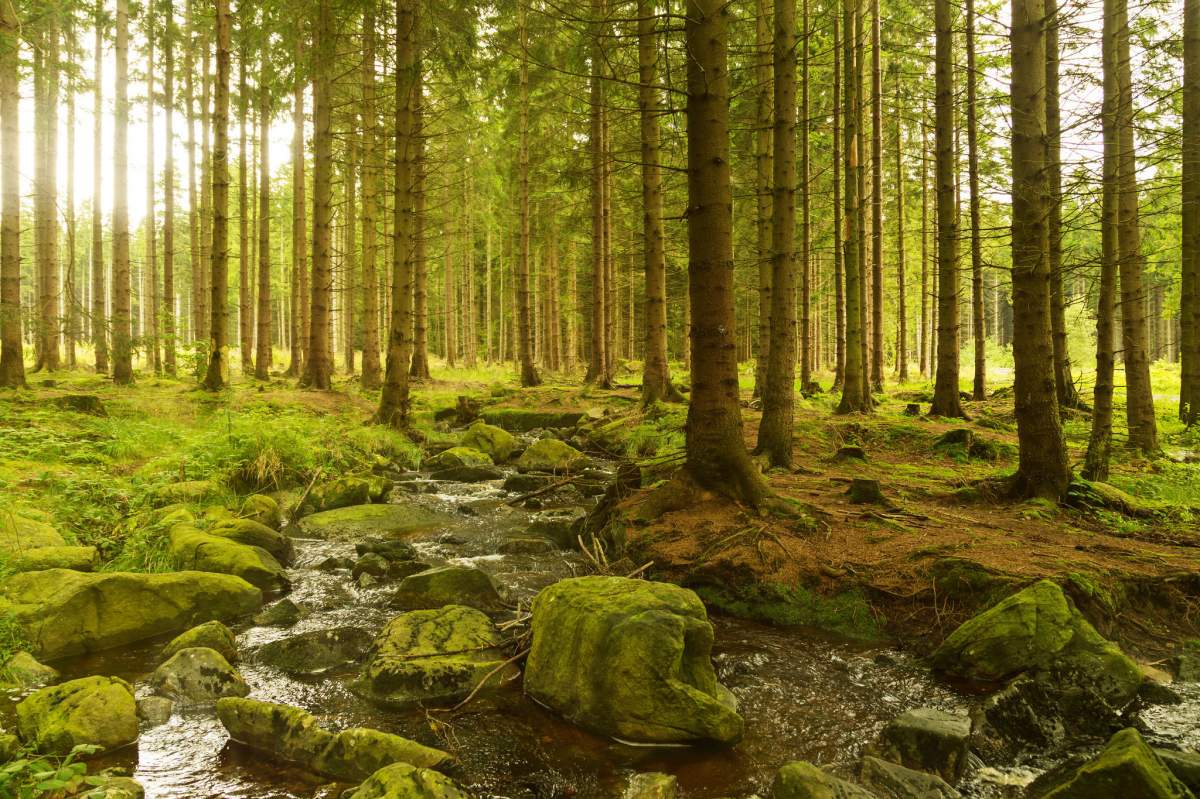 It can be easy to think of a forest as a competitive place. Trees have to battle it out with each other for space, sunlight, water and nutrients. But researchers are finding that there's a lot more sharing going on than they previously thought.

One thing that all trees need is carbon, which they take up from the atmosphere during photosynthesis. Instead of keeping it all to themselves, this new research suggests that trees may exchange carbon with their neighbors, even if they're of a different species, via a network of underground fungi.

Using a construction crane and thin tubes, researchers pumped carbon dioxide over the canopies of spruce trees in a Swiss forest. The gas was labeled with a special isotope that allowed scientists to track it as it traveled down to the trees' roots and into the soil.

The only way the neighboring trees could get labeled carbon, scientists say, is through a network of underground fungi that form symbiotic relationships with the trees' roots. It's an important role to play: the carbon exchanged by trees could be crucial for helping forests survive damaging events such as droughts.

Research such as this is helping us redefine our understanding of the importance of fungi to forests, and expanding our idea of forests beyond...and below...just trees.