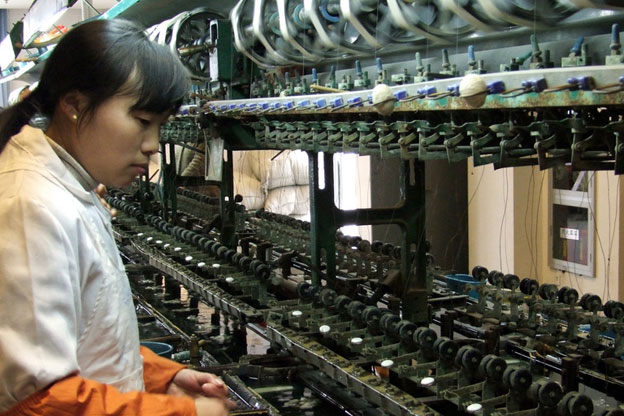 Fifteen hundred years ago in China, silk production was a state secret.

The silk trade was so valuable that anyone who tried to take silkworm eggs or mulberry seeds out of China was put to death. Then in 552 AD, two monks smuggled silkworm eggs to Constantinople, and silk production spread worldwide. Now that the secret's out, we can safely talk about how silkworms and humans make luxurious silk cloth.

A silkworm actually isn't a worm at all. It's a type of caterpillar that once existed in the wild, but now only survives in domesticated form. Silkworms are fussy eaters, dining only on mulberry leaves. When a silkworm has had its fill, it spins a cocoon from a single strand of silk, two to three thousand feet long!

According to legend, a Chinese empress discovered how to harvest silk when a cocoon fell into her tea. She plucked it from the teacup by the loose end of the silk, then unraveled the whole cocoon. To harvest silk commercially, cocoons are first steamed to kill the pupae inside. This is because the silkworm would break the silk if it began to emerge as a moth. Next the cocoon is dunked in hot water, rather than tea, to dissolve the sticky coating that binds the silk. Then a machine unwinds the single strand that makes up each cocoon. Twisted together, these strands make the fine thread used to weave silk cloth.