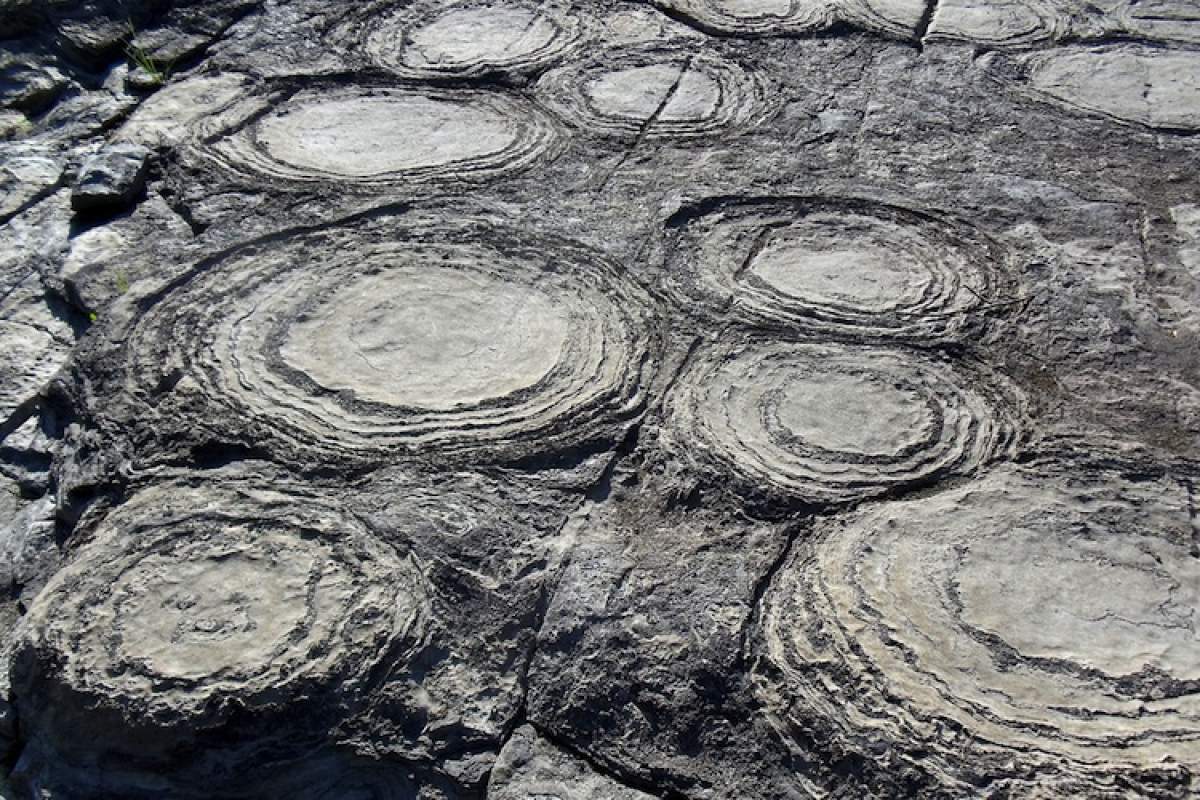 Have you wondered why it is scientists have concluded that our planet is billions of years old?

One of the reasons is what researchers have discovered studying the remains of past life preserved in rocks, particularly sedimentary rocks. These rocks are formed from particles of mud and sand, typically when they settle to the bottom of a body of water.Â Fossils of organisms with hard body parts don't appear in sedimentary rock older than about 600 million years, but the Earth is estimated to be 4.6 billion years old.

To find the oldest life, paleontologists looked for it in the oldest sedimentary rock they could find. Sedimentary rocks dating back to Earth's earliest days are rare. Some of the oldest known are about three and a half billion years old.

In these very old rocks, paleontologists have found something that looked familiar. Certain communities of microbes can form layered, rock-like mounds called stromatolites. Stromatolites grow in shallow bodies of water in many places around the world. In the 1980's paleontologists found the remains of ancient stromatolites in 3.5 billion year old sedimentary rocks.

Besides stromatolites, possible microscopic fossils have been found in rocks up to 3.5 billion years old. While the origin of these tiny structures is still intensely debated, many scientists are convinced that they are the remains of microorganisms. It appears that by at least 3.5 billion years ago, the oceans were teeming with life, and that the land was also colonized by microbes very early in Earth's history.