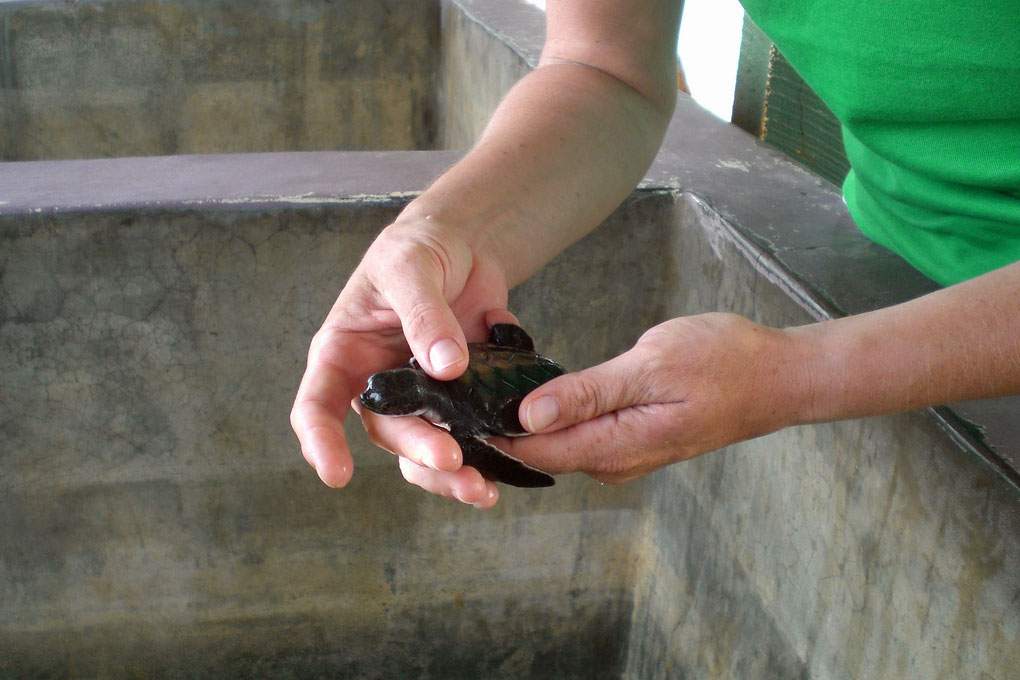 Scientists have been tracking over one hundred twenty turtles all over the Pacific with satellites.

Leatherbacks measure almost six feet in length and weigh up to two thousand pounds. They might be big, but that doesn't mean they aren't in danger.

Several Pacific populations have been lost due to people harvesting eggs, hunting reproductive females, and accidently catching them in fishing nets. They were listed as endangered under the Endangered Species Act, and some of the last nesting populations are found in Mexico, Costa Rica, and the western Pacific islands.

So, they're tracking the turtles to find out where they lay their eggs?

Just the opposite. We know where turtles come ashore to lay eggs, but it's difficult to know where they go to feed on their favorite foods, such as jellyfish.

Do they have routes in the sea like roads?

There are some routes, but scientists were surprised that the turtles were more diversified in their feeding patterns than they thought. They found certain areas in the oceans' currents that turtles preferred, like eddies where the water mixes, or current boundaries where their prey hang out.

Tracking helps scientists determine when turtles are in certain locations. They hope to be able to help fishermen avoid capturing them. Now, they need to find ways to stop egg harvesting.