How Do Scientists Figure Out If A Dinosaur Is A New Species? 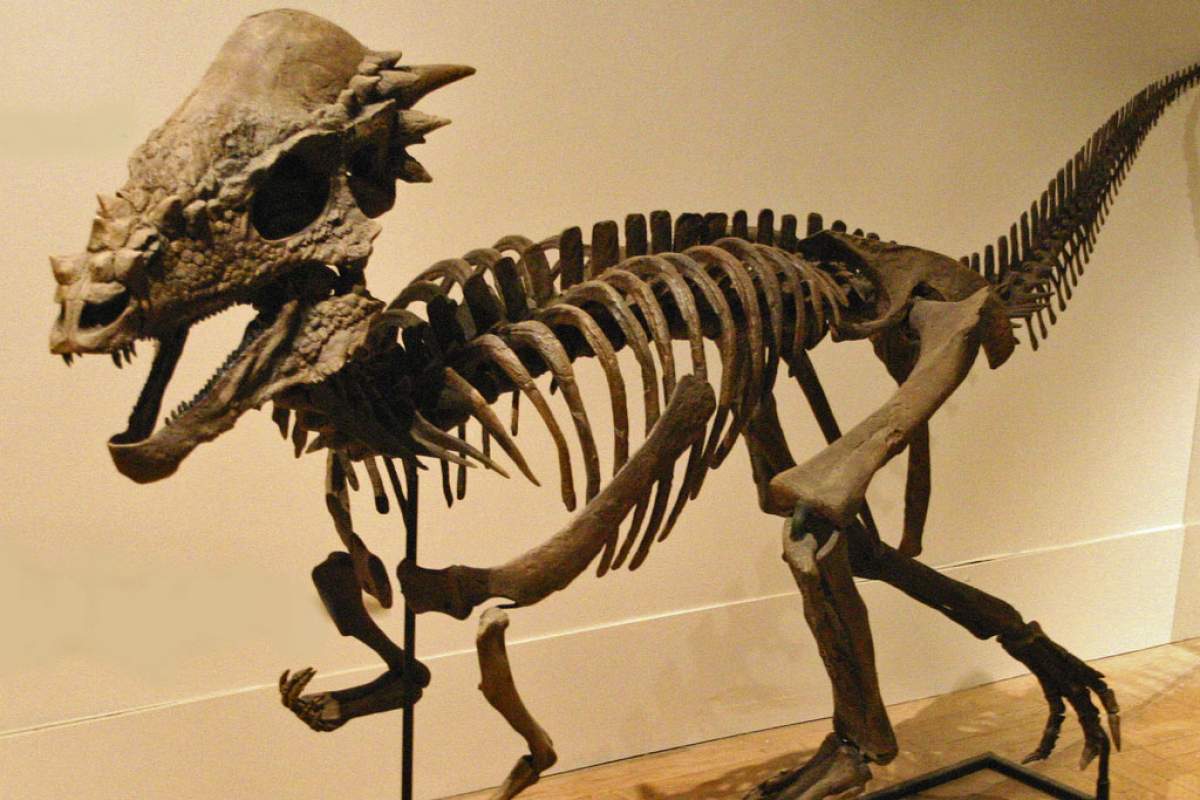 Some scientists believe, based on existing fossils, we may have created more species than actually existed.

When paleontologists find a new fossil, they use the bone structure to determine if it's a new species. For example, a dinosaur with three horns is compared to other three horned species. If its horns are in a different location or are a different size, it may be classified as a new species.

The trouble is, scientists didn't realize how much dinosaur bones changed as dinosaurs matured. We know elk and deer regrow their antlers, but that's not all that can happen to bone. Dinosaurs could absorb, reshape and regrow bones. Head ornaments could change dramatically.

For example, Triceratops juveniles had solid neck shields and backward facing horns, while adults had forward facing horns and shields with holes. Torosaurus, thought to be a different species based on shield holes, was just an old triceratops.

So, scientists are using bone histology, a microscopic analysis, to sort things out. They've already concluded that Stygimoloch, discovered in the seventies, was a juvenile Pachycephalosaurus, or dome headed dinosaur, not a new species.

They suspect that a species named Dracorex hogwartsia after the Harry Potter books is also a juvenile. Its dome hadn't completely formed, giving it dragon like head bumps.

Some estimate that a third of named dinosaur species may be wiped out. But that doesn't mean there aren't lots of new dinosaurs left to discover.