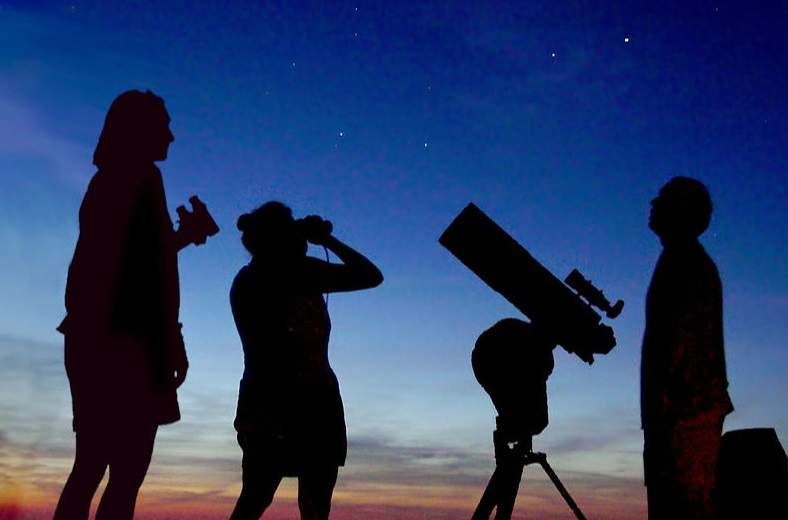 Want to explore space without ever leaving the couch? Check out these citizen science projects!

NASA collects a lot of data-maybe even an astronomical amount! They have so many pictures that they can't sort through them all by themselves. That's where citizen scientists come in. NASA and its collaborators have created several projects that allow anyone interested to help them sift through data.

Although the cloud is taking crowdsourcing to new levels, the idea is far from new. In 1833, astronomer Denison Olmsted wanted information on meteor showers, so he wrote a request in a newspaper for "facts attending this phenomenon, stated with as much precision as possible."

Readers from all over the country responded with descriptions, and Olmsted was able to develop a more accurate explanation of meteor showers. Now the requests and replies come via the Internet, but the basic idea is the same.

A program called Planet Hunters lets users search for new planets in Kepler photographs. When a planet passes in front of its star, a Kepler photograph can capture a characteristic drop in the light emanating from the star. The problem, of course, is the sheer amount of photographs.

Planet Hunters' creators bet that a crowd of humans could identify photos with the characteristic drop in light more quickly than could computers. Over 300,000 volunteers have taken part in the search, and several discoveries and published papers have come out of the project.

NASA also wants to know the public's opinions on their new asteroid program, which aims to reduce the danger of asteroids hitting Earth. This fall, NASA and its partners will hold three forums on their plans to bring an asteroid into orbit around the moon for study. The third forum will have a virtual format open to anyone interested in joining.

"Be A Martian" is a project that enables kids to help map Mars. They get to become "citizens" of the red planet, and then collect Martian credits by helping out in the map room. NASA has an immense amount of photos from the Mars Rovers, and young students can help by counting craters and tagging photos.

You can find other kid-friendly examples on SciStarter, a website that catalogs crowdsourcing science projects for students and adults. The site includes "Solar Storm Watch," which lets kids help find explosions on the Sun; "Hour of Code," an introduction to computer coding; and dozens of others, from "Dognition" to "Quantum Moves."