The Science Of The Harvest Moon 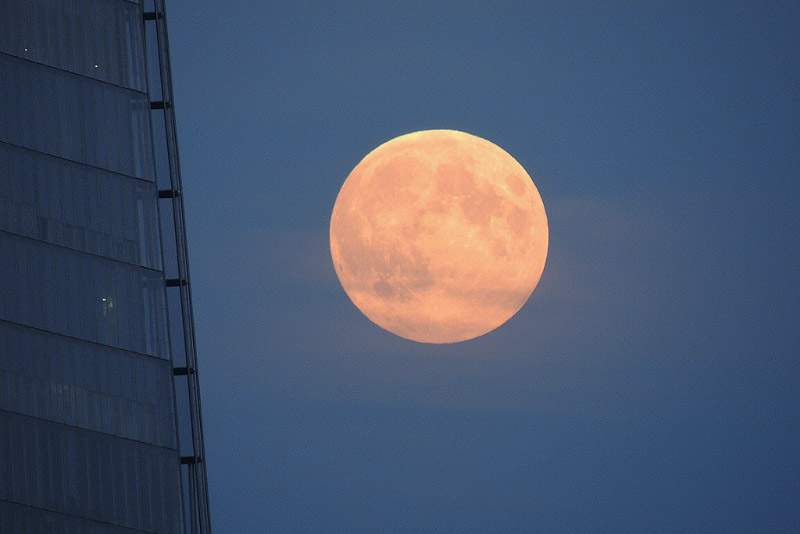 As we approach Halloween and all of the fun of the autumn season, A Moment Of Science is investigating why the full moons of autumn look so spooky. In this first post of a series, we will look into the connection between the autumn equinox and the moon.

So What Is An Equinox?

Briefly, an equinox (we experience two of them every year) is an astronomical event when the orientation of the Earth to the sun is such that both northern and southern hemispheres are receiving the same amount of light from the sun.

The Earth and sun line up in such a way that it's as if the Earth is not tilted on its axis (which it is, by 23.5 degrees). More technically, an equinox occurs when the Earth's ecliptic (the plane in which the Earth orbits the sun) crosses the celestial equator (see diagram)

During the twenty-four hour period when this event occurs in, both night and day on Earth last approximately the same amount of time.

The Effect Of The Equinox On The Moon

That means that this year, the Harvest Moon was in early September. This week's full moon was actually the Hunter's Moon.

So what is special about the Harvest Moon and what does it have to do with the autumn equinox? The full moon near the equinox is called the Harvest Moon because farmers were able to harvest their crops from the evening into the night, stocking up for the winter. But this isn't because the moon is brighter.

At this time of year it seems, to us Earthlings in the northern hemisphere, that the sun is moving southward and the moon northward. The fall equinox is a midway point in this movement, causing the moon to rise very shortly after sunset.

Earlier moon rise means the sky is never really without a light source until the moon sets. This applies to the moon for several days before and after the full Harvest Moon.

Everything You Need To Know: Autumnal Equinox Of 2011 (Earthsky)

Everything You Need To Know: The Early Harvest Moon In 2011 (Earthsky)