The Science Of Cricket Fights 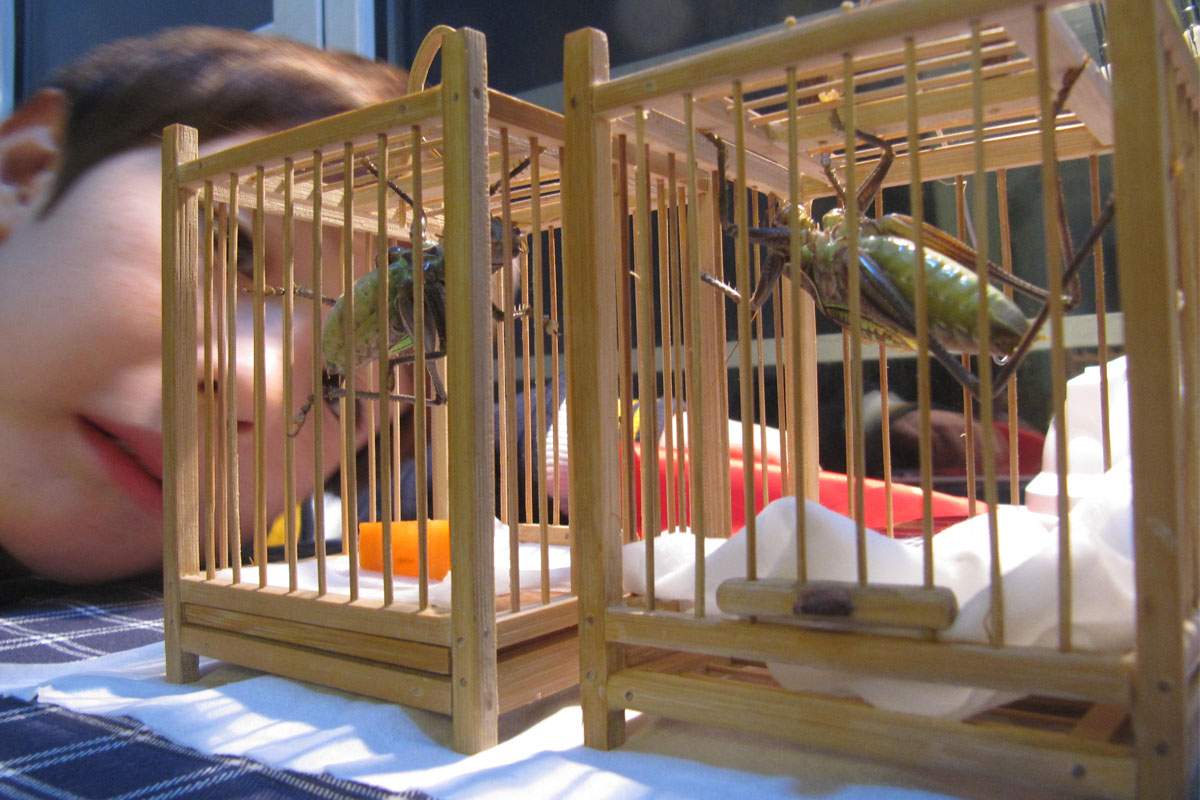 Cricket fights have been a traditional part of Chinese culture since the Sung Dynasty. As far back as 800 years ago they claimed that bigger-headed males were better fighters.

It wasn't until recently that scientists put that idea to the test. In their experiments, they tested male field crickets in competitions where they paired males with similar body mass and size, but different head sizes. They found that males with larger heads won more fights than males with smaller heads.

The scientists reasoned that crickets with bigger heads won because they had bigger weapons.

Insects have mouthparts called maxillae and mandibles. Maxillae are used for swallowing and mandibles for grasping, crushing or cutting food. The size of these mouthparts depends on head size. They stick out from the front of their head and make great pincher-like weapons for grappling.

Males live in small burrows. I like to think of them as bachelor pads. Only instead of paying rent, they have to fend off males who may be interested in taking their territory. The male that gets the bachelor pad gets a chance to attract females. He does this by singing.