Behind The Scenes Of Saving 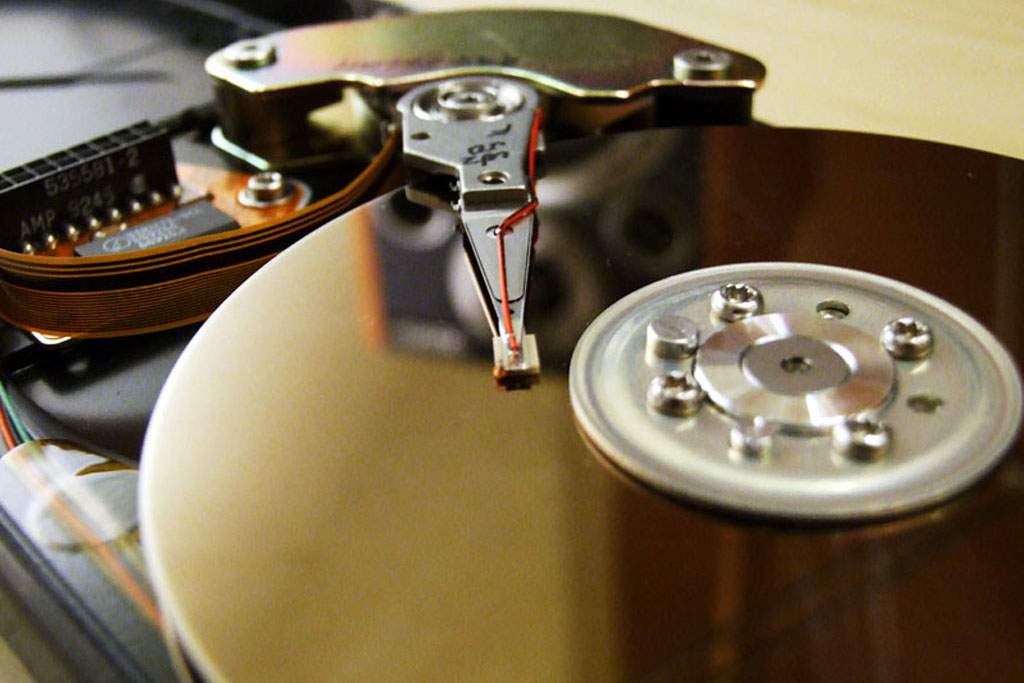 Unfortunately, most of us learn the importance of regularly saving computer-based projects the hard way.

Disasters come in all shapes and sizes - drops, viruses, electrical surges, spilt Mountain Dew - but the result is the same: precious time and energy flushed irrevocably down the tubes of the 21st Century.

For most of us, neurosis ensues. While I draft this short post, I will probably press â€˜CTRL+Sâ€˜ a hundred times or more. Thereâ€˜s always a chance something will go wrong; I want to make certain the fruits of my labor are preserved.

But how exactly is this feat of preservation achieved? What hidden physics and mechanics are involved behind the scenes? Save your work, and read onâ€¦

If you cracked open your hard driveâ€˜s protective casing (I recommend watching this video instead), you might describe what you saw in the following manner:

"Itâ€˜s like a record player. Thereâ€˜s a disc that spins and a stylus that moves towards and away from the center."

Youâ€˜d also notice a couple differences. First, the â€˜platterâ€˜ in your drive rotates several hundred times faster than the turntable you use for those old vinyls. It has to. Otherwise your computer would process data very slowly.

There also isnâ€˜t a needle. In fact, the â€˜ read/write headâ€˜ (or tip) of the â€˜actuator armâ€˜ doesnâ€˜t even touch the disk at all. Rather, it hovers a few nanometers above its surface, darting back and forth like a turbo-charged pinball paddle.

Platters are coated with an extremely thin dusting of ferrous granules, which can be aligned in innumerable configurations by short bursts of current emanating from the head.

This is what happens every time you save a document: A minute region of the platterâ€˜s surface is magnetically organized.

On the flip side, when you open something, the reverse happens. The head converts magnetic fields radiating from the previously aligned groupings of particles to current. Fluctuations in this current are the bits which comprise the foundation of computing.