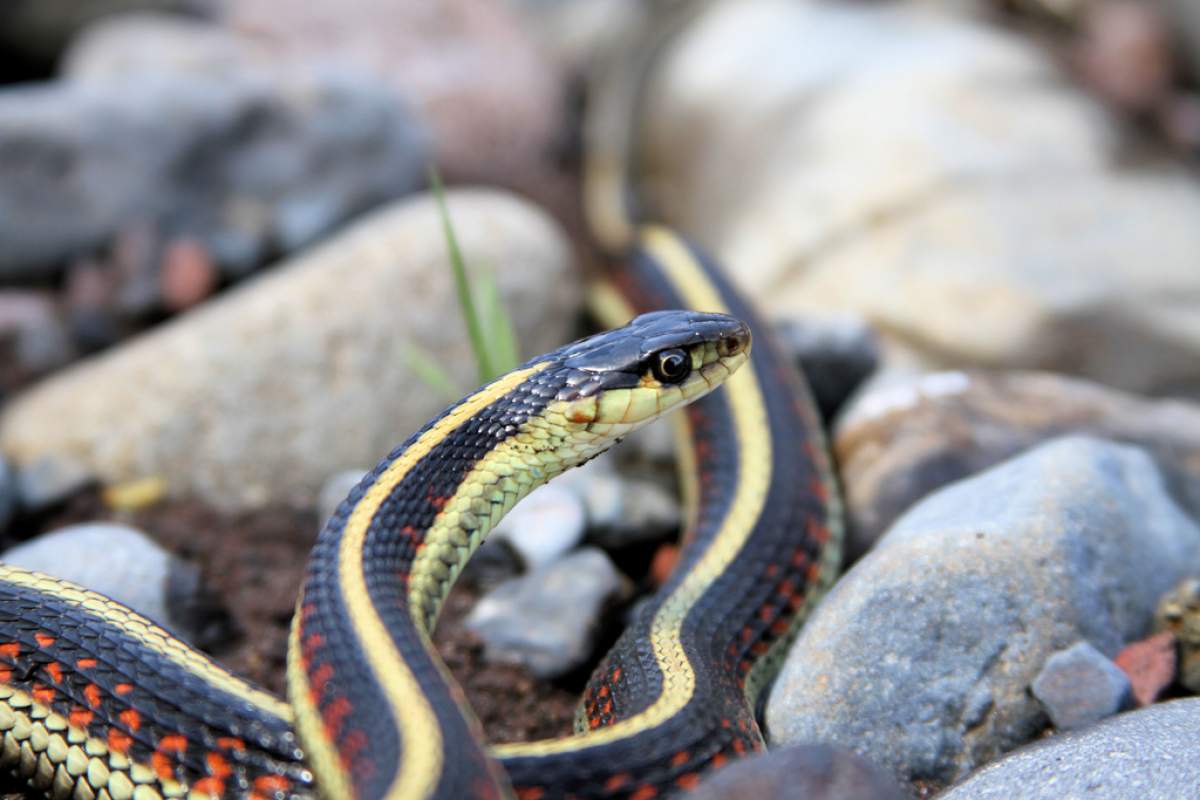 Unless you're a snake charmer, chances are when you unexpectedly come across a snake you freeze or quickly jump away. Why?Â It might be because our brains evolved to be particularly sensitive to spotting snakes.

Around 100 million years ago, the early evolution of rodent-like mammals coincided with the evolution of the first constricting, slithery snakes. According to some biological anthropologists, because those ancient snakes preyed on mammals, evolution selected for sharp vision in the subset of rodents that went on to become primates.

Those best able to see snakes and avoid them survived, passing on their genes including the ones responsible for keen eyesight.

Now, fast forward forty million years to when both venomous snakes and early monkeys were making their debut on the evolutionary scene. Similarly, nature selected for individuals best able to outwit snakes, thanks to strong vision.

And so, the theory goes, we've inherited our ancestors' excellent eyesight and sensitivity to snakes.

Now, there may be other reasons why lots of people jump when they encounter a snake. And keep in mind that the theory we're talking about doesn't explain why some people fear snakes. That's a different matter.

But there is some evidence that our ancient ancestors' proximity to snakes has shaped our brains. Neurological studies of captive Japanese macaque monkeys, who'd rarely if ever seen a snake, have shown that their brains respond more quickly and strongly to images of snakes than to other images.