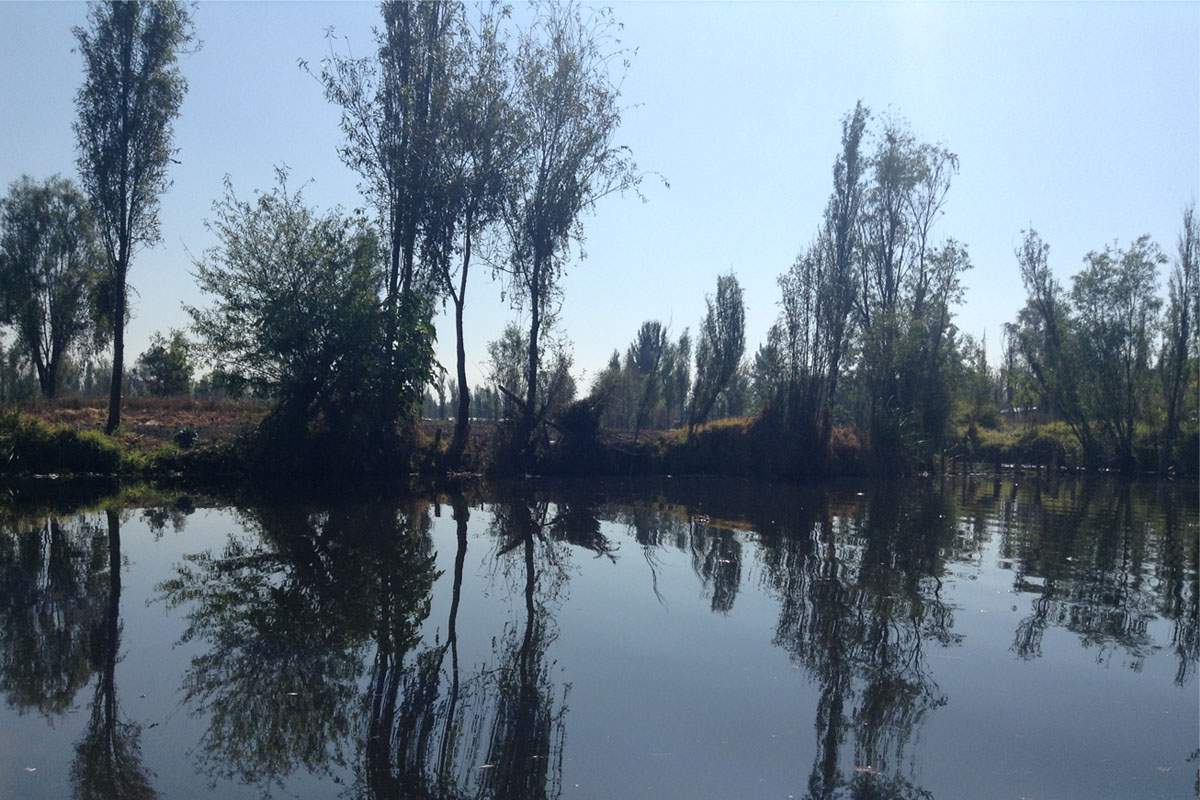 Axolotl salamanders have become popular pets. People often keep them in aquariums and feed them worms, insects, and fish. They're about six inches long, white, with pink feathery gills sticking out from the back of the head and mouths that always seem to be smiling.

However, while there is an abundance of axolotls in captivity, wild axolotls only live in Lake Xochimilco in Mexico City. In fact, they're a critically endangered species. In the past twenty years, their numbers have plummeted, with only a few hundred left. Unlike domesticated axolotls, the ones that live in Mexico City are usually mottled black or brown.

Their habitat is shrinking, since development of Mexico City has drained or polluted their waters. Plus, invasive species like carp and tilapia are eagerly hunting axolotls for a quick dinner.

This is a serious problem for researchers, since axolotls are important in labs. They have the incredible ability to regenerate not just severed limbs but damaged organs, parts of the eye, and even some of their brain.

Scientists use these salamanders to study the body's ability to repair itself. But inbreeding in lab stock has led to limited genetic diversity, and with so few wild axolotls, we're not sure how to diversify the captive population.

We may be running out of time to save the wild axolotl.