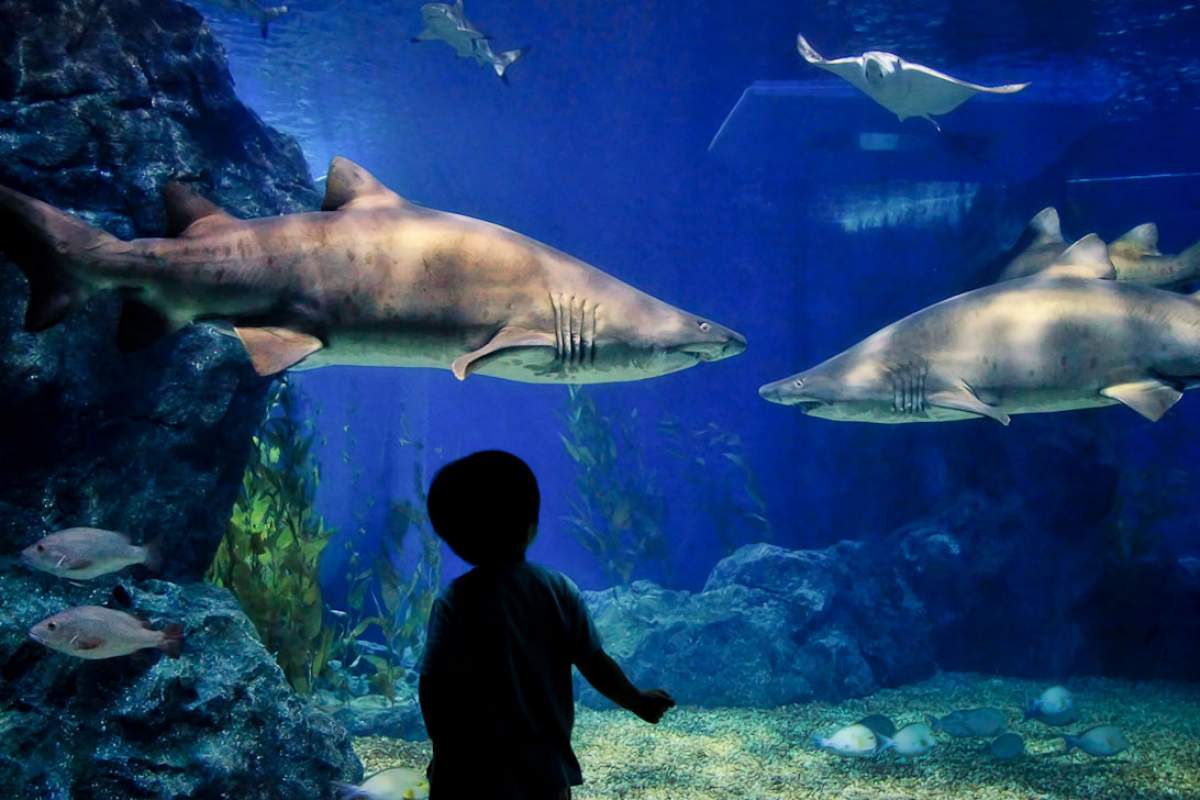 While sibling rivalry is a common phenomenon in nature, the competition between sand tiger shark siblings is carried out with unusual fierceness. Killer instincts are instilled in-utero as hundreds of embryos duke it out over who gets to be born.

Female sand tiger sharks produce hundreds of eggs, and then mate with multiple males. Several eggs get fertilized, and each embryo settles in one of the mother's two uteri.

When a growing embryo is about two inches long, it "hatches" from its egg capsule. Sand tiger shark gestation is really a "race to the hatch," because the first embryo to hatch turns on its siblings, cannibal style. It attacks, kills, and consumes them all!

Survival trumps family bonding in the shark world. With its brothers and sisters out of the way, the hatchling can feast for the rest of the pregnancy on unfertilized eggs floating around in the uterus.

The mother has two uteri and the same process of sibling cannibalism happens in both. "Mom" eventually gives birth to two offspring: they're about three feet long, and well prepared for survival thanks to their in‑utero predatory rivalry.

And the next time you see siblings competing for attention, be thankful they don't have the alpha instincts of sand tiger sharks!