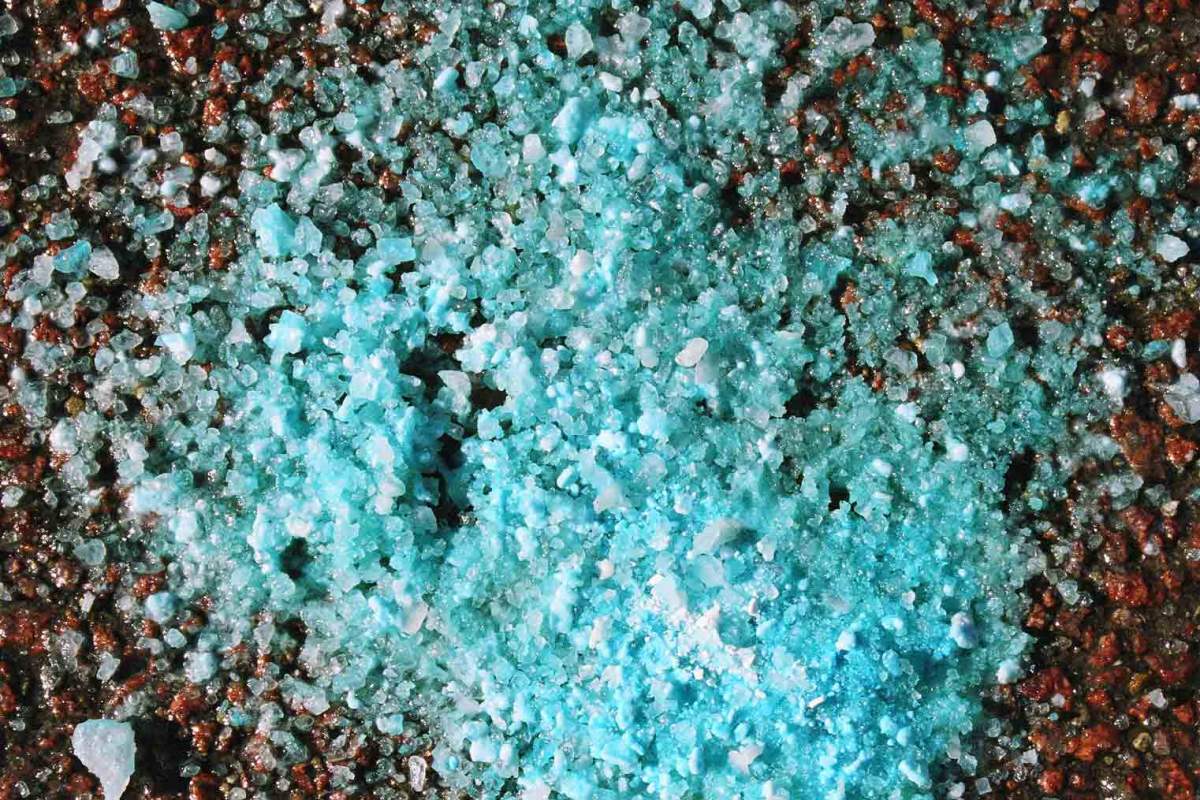 Ever wonder why people throw salt on icy sidewalks?

Salt melts ice by lowering the melting and freezing point of water.

Pure water freezes at 32 degrees Fahrenheit. At that temperature we can say that the rate of freezing is the same as the rate of melting. In other words, at water's freezing point there's a sort of equilibrium between freezing and melting.

With A Grain Of Salt

Throwing salt on ice upsets the balance. The salt dissolves into the liquid water, which means that some of the water molecules are replaced by salt. Since there are now fewer liquid water molecules to be captured and frozen by the ice, the rate of freezing drops.

And since the rate of melting stays the same, there's more melting going on than freezing. And so the ice melts.

Salt isn't special in this way; anything that dissolves in water will do the trick. You could pour sugar on ice and it will melt. But people use salt because it's much cheaper than sugar.

Besides, that sugar belongs in a nice, hot cup of cocoa.