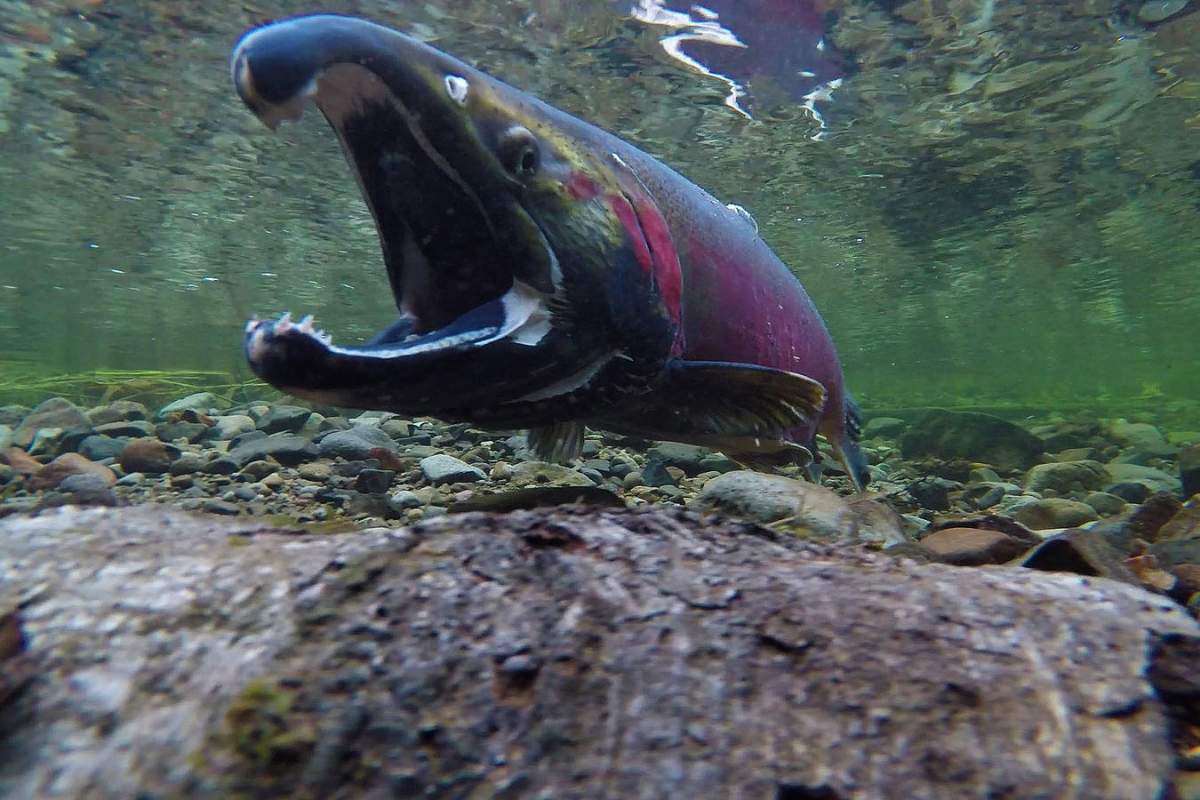 The split between them is thought to have been caused by the emergence of coastal mountain ranges along the Pacific, which created new landscapes. The salmon adapted.

So, we know the environment can shape the evolution of a species, but what about the other way around?

Brian Yanites, a geologist at Indiana University, says we should consider it. His example, in fact, has to do with Pacific salmon.

They hatch in the springtime, in riverbeds. After spending the first few stages of life in freshwater, Pacific salmon migrate through the estuaries that connect them to the ocean, where they live the bulk of their lives. Depending on the species, that can be anywhere between eighteen months and eight years. In autumn of their final year, they return upriver to spawn in the riverbeds and die.

Spawning behavior is what we're talking about. Specifically, when a female salmon uses her tail to displace sediment, creating a pit to nest her eggs, and when she buries the fertilized eggs using sediment excavated upstream of the nest.

This relatively small displacement, when undertaken by every spawning female salmon, has a significant impact on the slope and erosion rate of river channels over time.

Riverbeds where salmon spawn, researchers have noted, have fewer fine sediments and a looser bed structure. Humans aren't the only species whose behavior affects the landscape, even if we are a special case.

Thank you to Brian Yanites of Indiana University's Geology department for reviewing this episode's script.