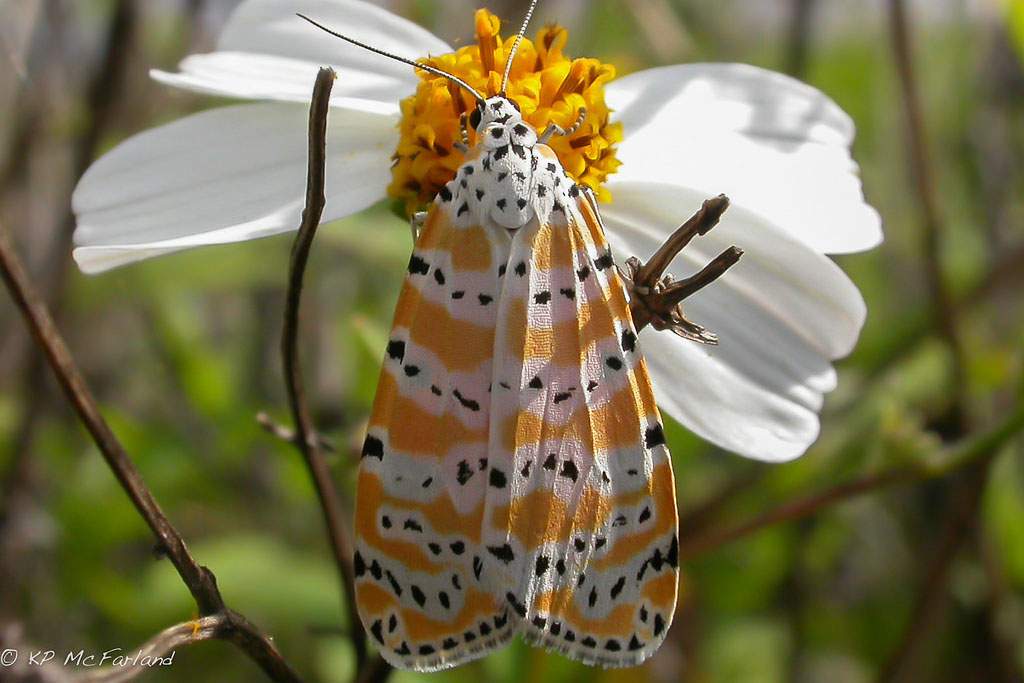 Okay, imagine you're a moth. You have wings, you come out at night, you're attracted to bright lights and light pollution is affecting your life, and you have to work pretty hard to avoid a bat eating you.

And also, mating for you is a big deal because it takes eight or nine hours, so the last thing you want is for some predator to interrupt you and your mate in the act.

Certain species of male moths use toxins to protect themselves during sex. In fact, during the courtship dance, the male moth releases a derivative of these toxins, which enables the female to choose the moth who can offer her the most protection.

The toxins come from plants. The male rattlebox moth gets these toxins in its larval stage, when it eats from the rattlebox plant.

A Toxic Cloud Of Miniature Confetti

The wasp moth, on the other hand, gets them from the poisonous dogfennel plant before the big night. In both cases, the chemicals make the moths so unappealing that spiders have actually been observed cutting them loose from their webs.

When the moths mate, the male passes the toxins along with his sperm to the female, and the wasp moth actually releases the toxin in a cloud of miniature confetti that sticks to him and the female. The toxin protects them both during mating, and continues to protect the female and the eggs later on.

In fact, the rattlebox moth passes enough toxins to the female that she's protected from predators for the rest of her life span, which is about thirty days.