Birds That Run On Water 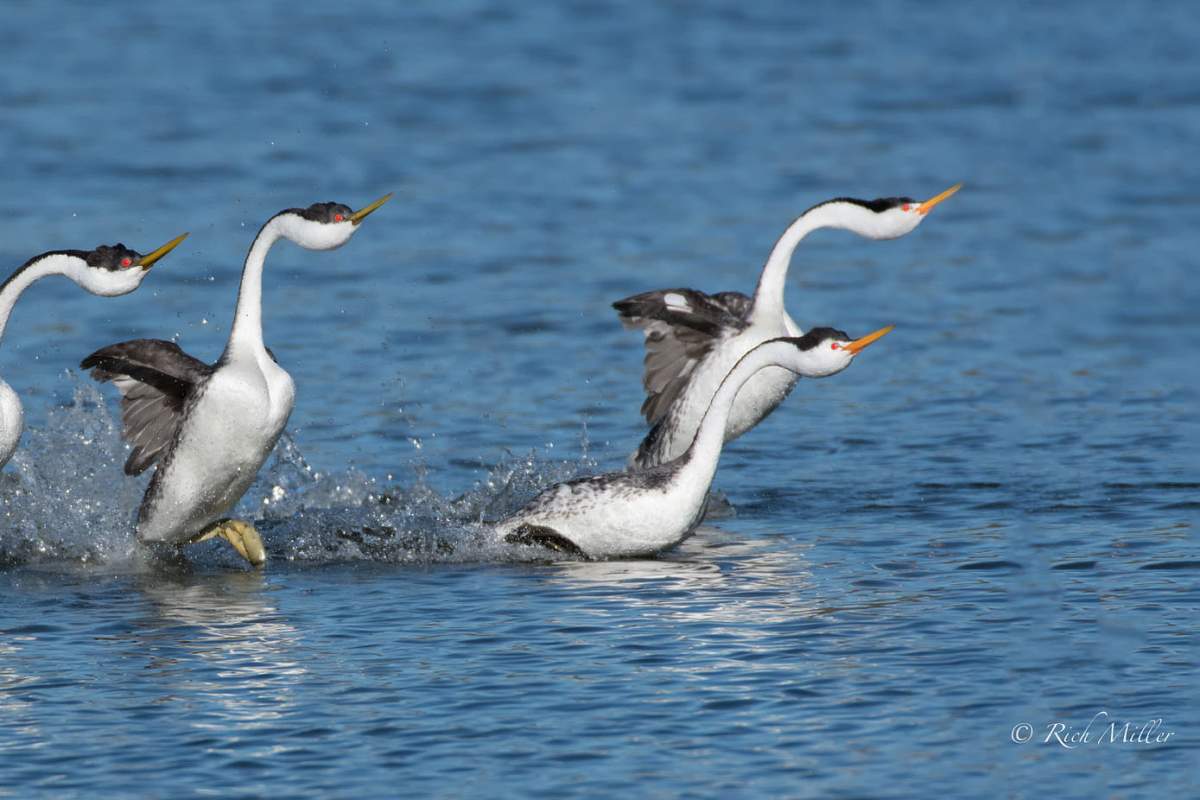 Animals will doÂ some pretty strange things justÂ to attract a mate. Two species of birds, the western grebe and Clark's grebe actually run on the surface of water, also known asÂ rushing.

There are actually a numberÂ of animals that can run or walk on water. Most of them are insects and spiders that are so lightweight that they stick to the water's surface, but a few are heavier. The basilisk lizard runs on water to escape from danger, using its specially adapted feet and a unique running style to keep from sinking.

What's special about the grebes? These birds weigh between one and a half and four pounds, which makes them much heavier than any other animals that run on water.

In a 2015 study, a team of American scientists usedÂ high-speed videos to understandÂ the movements of the grebes' legs and feet during rushing.

The Speed To Run On Water

The grebes' leg movements are extremely fast. They take as many as 10Â strides per second, which is faster than any other bird ever studied.

When their broad, lobed feet slap the water's surface, this alone generates about half the force needed to counteract their weight. And to reduce friction,Â they lift their feet back out of the water to the side.

Grebes rush in where most animals fear to tread!