Running Rings Around Us 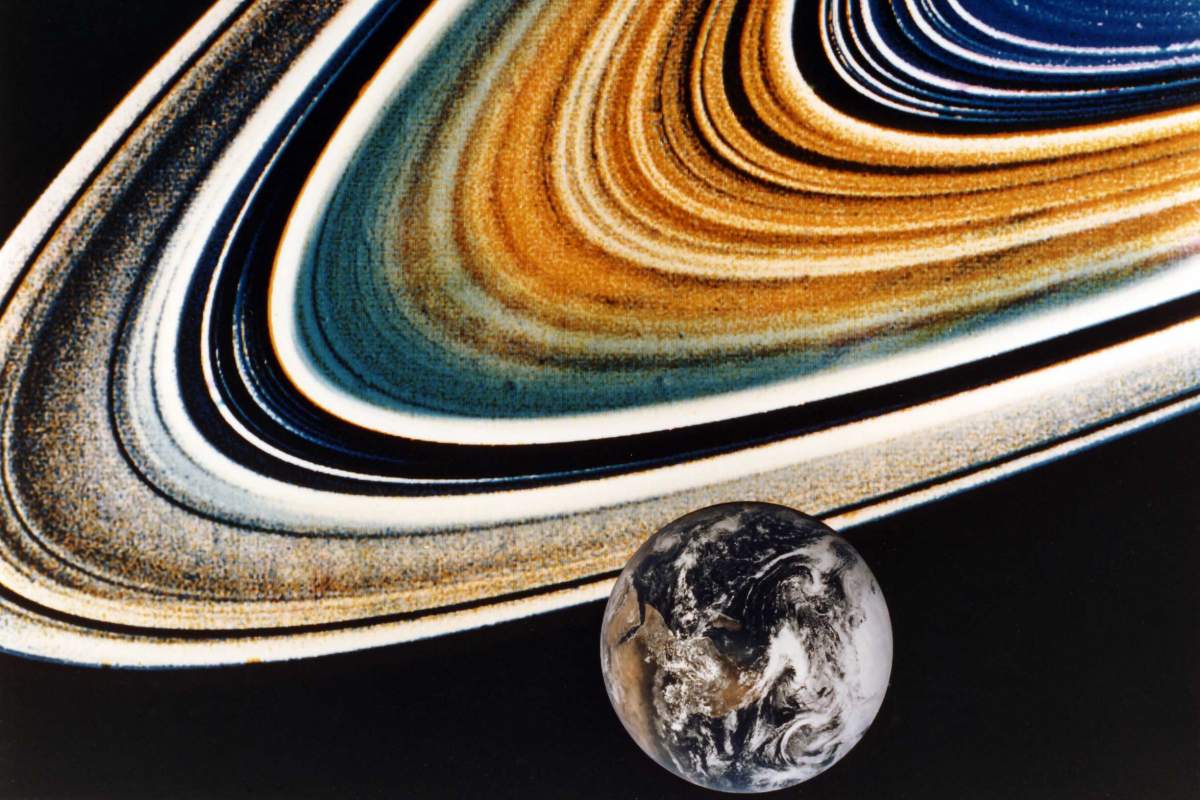 Put A Ring On It

Not all planets have rings. Only Saturn, Jupiter, Uranus, and Neptune.

So why does Saturn have those beautiful, cosmic rings and Earth doesn't?

Saturn's rings aren't really even solid disks. They're actually bits of dust and rocks and ice that probably collected around the planet when one or more of the planet's moons were destroyed in a major collision. The debris was too close to the planet to reform as a moon, so it collected into a bunch of orbiting rings instead. So the rings are held in place by Saturn's gravitational force and also shaped by the planet's other moons.

With a telescope, we can see the rings from Earth. The ice in the rings reflects sunlight, which makes them fairly visible from certain angles. But since the rings are only about 300-feet thick, which is pretty thin in planetary terms, they're best seen on an angle. Looking at them straight on is like looking directly at a slightly wrinkled edge of a piece of paper from far away.

Earth might not have rings, but at least you can enjoy other planets rings. Or maybe one day our moon will break apart and we'll have our own rings.

But until then, there's always the telescope.