Run For Your Lives, Roundworms! 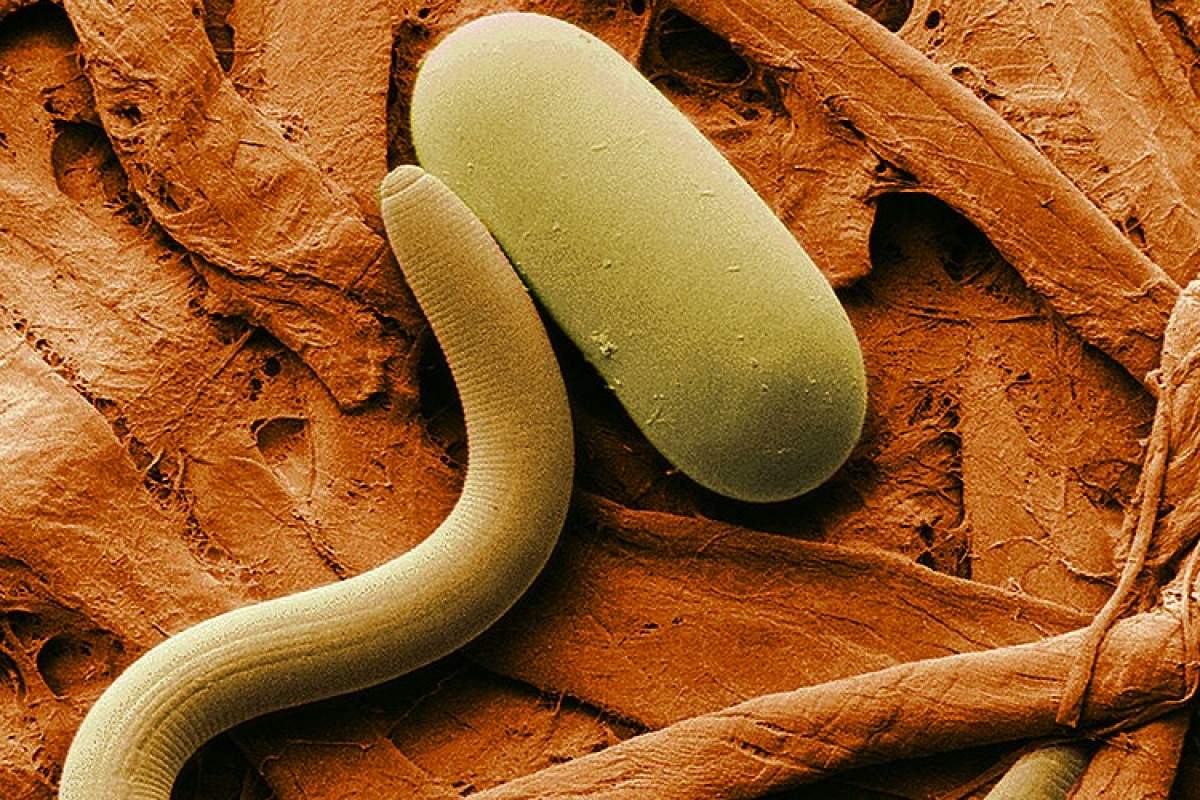 Today we're talking about roundworms, which scientists like to study because their genetic pathways have some similarity to ours. According to researchers at Princeton, roundworms that mated with males shriveled up and died within a week of giving birth.

But, you may be wondering, don't all female roundworms mate with males?

Actually, roundworms are hermaphrodites, which means that they produce both egg and sperm cells and don't need a partner for reproduction. In fact, hermaphroditic roundworms actively try to avoid mating by sprinting away from the males, so the males need to chase them down if they want to pass on their genes to future generations.

It turns out that the male's sperm and seminal fluid shut off stress response mechanisms in their mates that help them weather times when they don't have enough food. Shutting down these mechanisms causes fat loss, water loss and shrinkage.

Researchers suggest that killing off roundworms after they give birth gives the males a reproductive advantage because it keeps that roundworm from passing on someone else's DNA.