Why Does Rubbing Alcohol Make A Good Antiseptic? 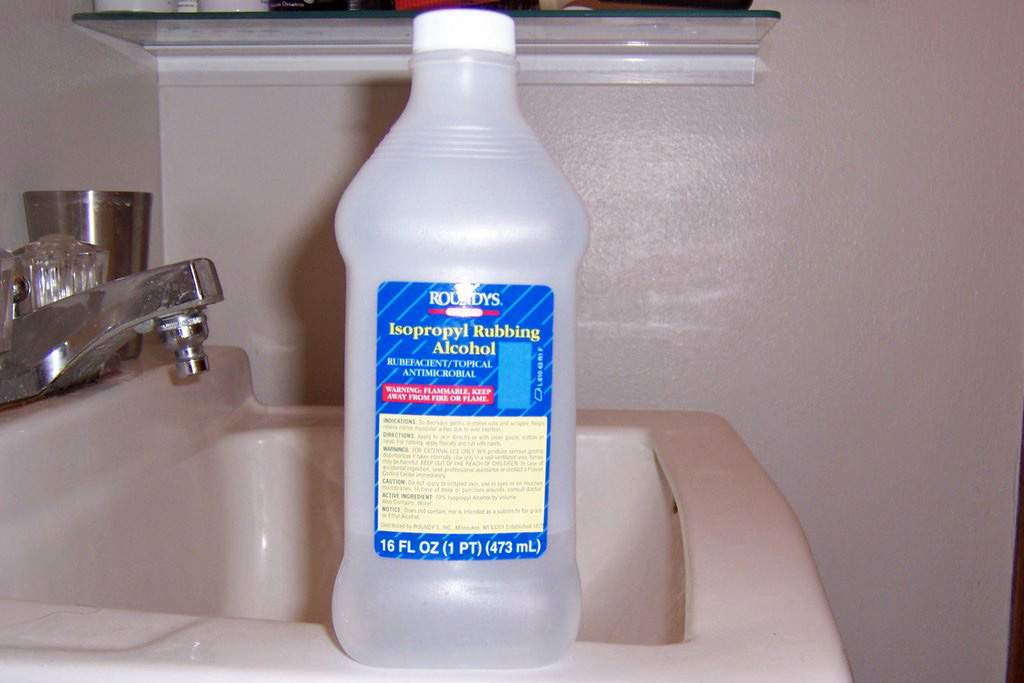 Alcohol is such a good germ killer because it has the ability to coagulate a germ's protein. The coagulation of the protein is somewhat like your blood coagulating on a cut.

More Is Not Better

You can see how if all your blood became hard like that you would not be a very effective living specimen. Alcohol has the same effect on germ cells, and the cells die, too.

Oddly enough, a solution of seventy-percent alcohol, that is, rubbing alcohol, is a more effective antiseptic than one-hundred percent alcohol. Another case of where more is not better.

Protective Shell Around The Cell

Pure alcohol doesn't work as well because when it contacts a germ cell it coagulates the cell's outer wall immediately. This forms a protective shell around the cell, which keeps the alcohol from getting through to the protein inside. So, even though the bacteria becomes ineffective, it's not dead, and under the right circumstances it can function again.

Rubbing alcohol is not as concentrated as pure alcohol, so even though it coagulates protein just as well, it acts more slowly. This slower action gives the alcohol time to soak into the complete bacterial cell before coagulation takes place. Consequently all of the cell's protein is coagulated, and the bacteria dies.

So when you want to disinfect something, reach for the rubbing alcohol, because by taking just a little more time to work, it does the job better.