The Science of Rubber Bands 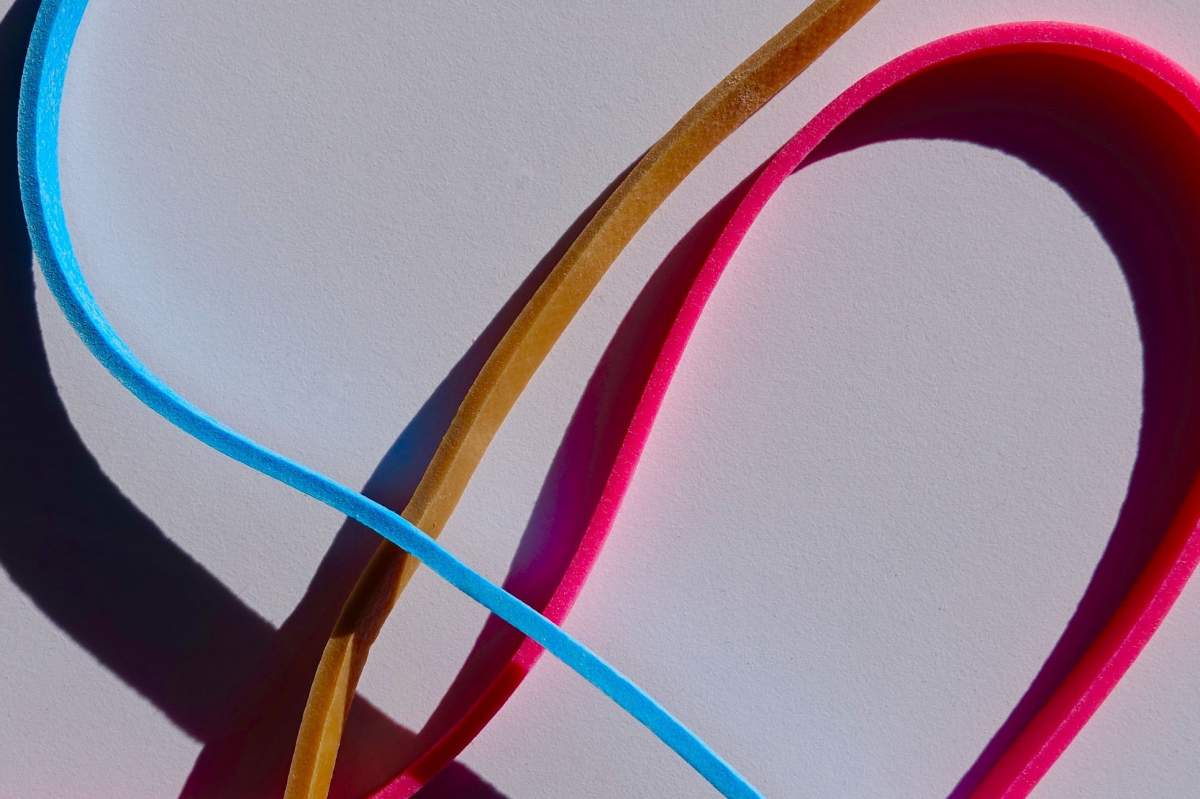 Stretch a rubber band, it becomes long and thin. Let it go. It snaps back to its original short, fat shape, ready to be stretched again.

Rubber has this useful property for two reasons. First, rubber molecules have a peculiar structure and arrangement; second, those molecules are always moving around, because the rubber is warmer than a temperature of absolute zero.

In any material warmer than absolute zero, the molecules are always moving around in a tiny, random, jiggling motion.

Rubber is made of molecules shaped like strands of spaghetti. If you stretch a rubber band, you pull those spaghetti-shaped molecules into a more or less straight line. But the molecules are still moving around. They shake from side to side and bump into each other.

Because of that motion, the molecules tend to spread out sideways; so they must "un-straighten," curl up, kink, tangle. That makes them pull inward on the ends of the rubber band.

The stretched rubber tries, so to speak, to become short, thick, and flabby so the molecules will have more room to move around sideways. The rubber band snaps back.

So, the elastic quality of rubber comes from its interconnected spaghetti-shaped molecules, and from the tiny, random, jiggling motion of those molecules. That motion causes the molecules to resist straightening.

This picture also explains another property of rubber: unlike most materials, it shrinks when you heat it and expands when you cool it. In a warm rubber band, the molecules move faster, tend to shake sideways more, and therefore pull harder at the ends, than in a cold rubber band.