When Rubber Wears Off Tires, Where Does It Go? 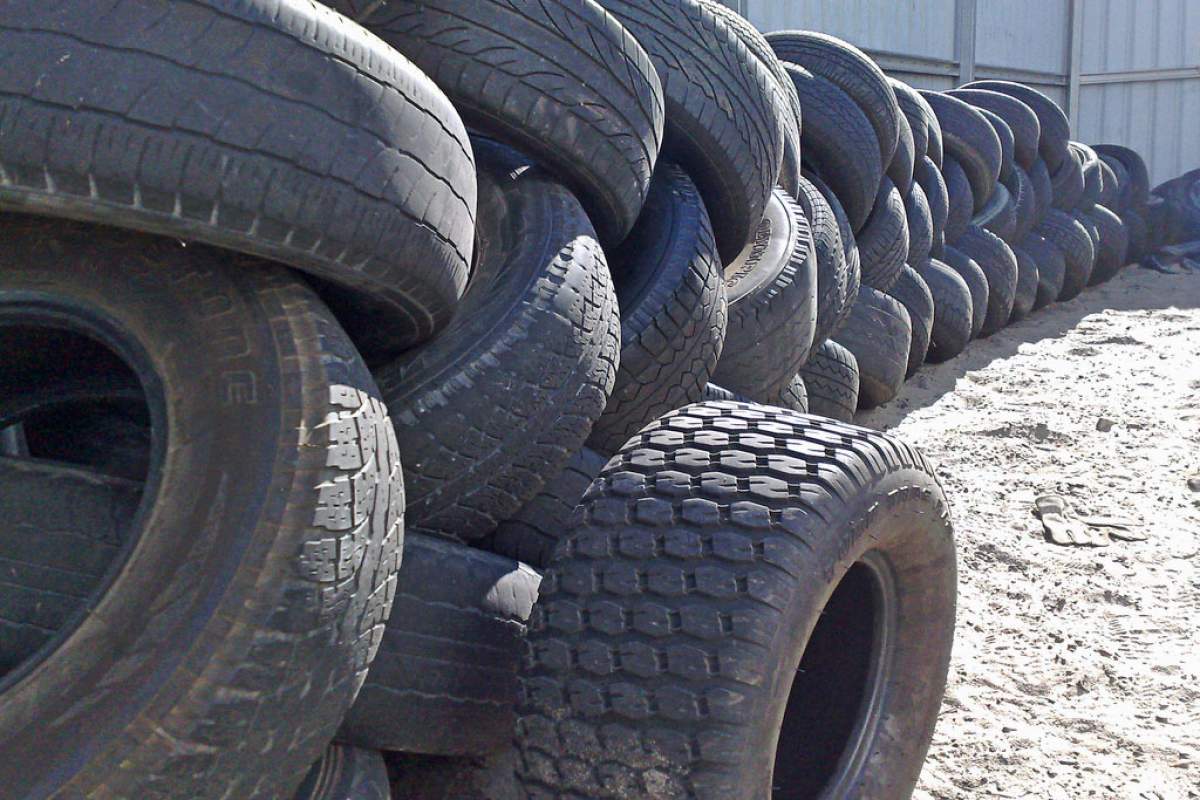 From the mailbag, we have this question from a listener:

When rubber wears off tires, where does it go? Signed, Burning Rubber.

Great question, Burning, especially when you consider that by the time the average passenger car tire ends up at the scrap yard, it weighs six pounds less than when it was new. Multiply six pounds by the number of tires scrapped each year in the U.S., and we're talking millions of pounds of rubber that perform a disappearing act every year!

Most of this rubber wears off tires by abrasion on concrete or asphalt, creating a telltale black smear on the road. A little rubber becomes chemically incorporated into asphalt roads, because asphalt and rubber both are made of petroleum oils.

But the vast majority wears off as small particles that are rinsed off the road by rain, or blown off by wind, ending up in the soil, on plants, and in lakes, rivers and streams. We even breathe in rubber particles from the air.

Here's an experiment. Run a rag or tissue across the hood of a car. You're likely to see black soot. Compare its color to the soil in your areathat ain't just garden dirt! Some of the soot is a byproduct of incomplete combustion of fuel in engines, and some is rubber worn off tires.

How can we decrease the amount of rubber that gets into air, water and soil? Over- and under-inflated tires wear down fastest of all, so it helps to keep tires properly inflated. Even better, when you can, walk or bike!