Another One For The Roaches 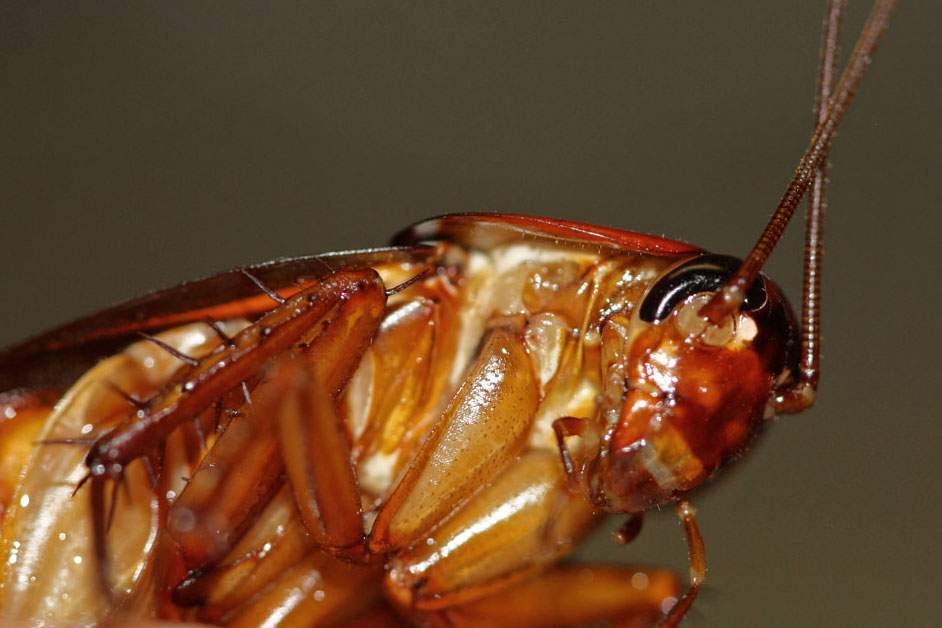 The German cockroach the most abundant kind of roach in the US provides an example of evolution in action. No, they are aren't getting bigger or growing any new appendages. But equally alarming, they are becoming much harder to kill.

Over the past few decades, increasingly large numbers of the German cockroach have evolved to avoid roach bait that contains sugar. Most roach‑bait poisons contain sugar to appeal to the cockroach's sweet tooth. Roach baits typically contain high fructose corn syrup as well as trace amounts of glucose. And it's the glucose that's causing the aversion to bait, because it sets off a reaction that stimulates the bug's bitter taste receptors.

So while those roaches that don't mind glucose are still chowing down on the lethal poison, the glucose‑averse roaches are breeding and producing another generation of glucose‑averse vermin.

The roaches are adapting not just by becoming resistant to pesticides, but also by developing a distaste for the foods more likely to contain the poison. That's evolution happening right before our eyes.

The bug's newly evolved traits come with trade‑offs, however. Glucose‑averse cockroaches are smaller and reproduce more slowly than their sugar-fiend friends. Thusly, environmental conditions--such as the presence or absence of bait--can determine which evolutionary course these cockroaches will take.

If we stop using glucose in bug bait, it may cutdown on the survivalist cockroach population. That is until some other mutation arises.