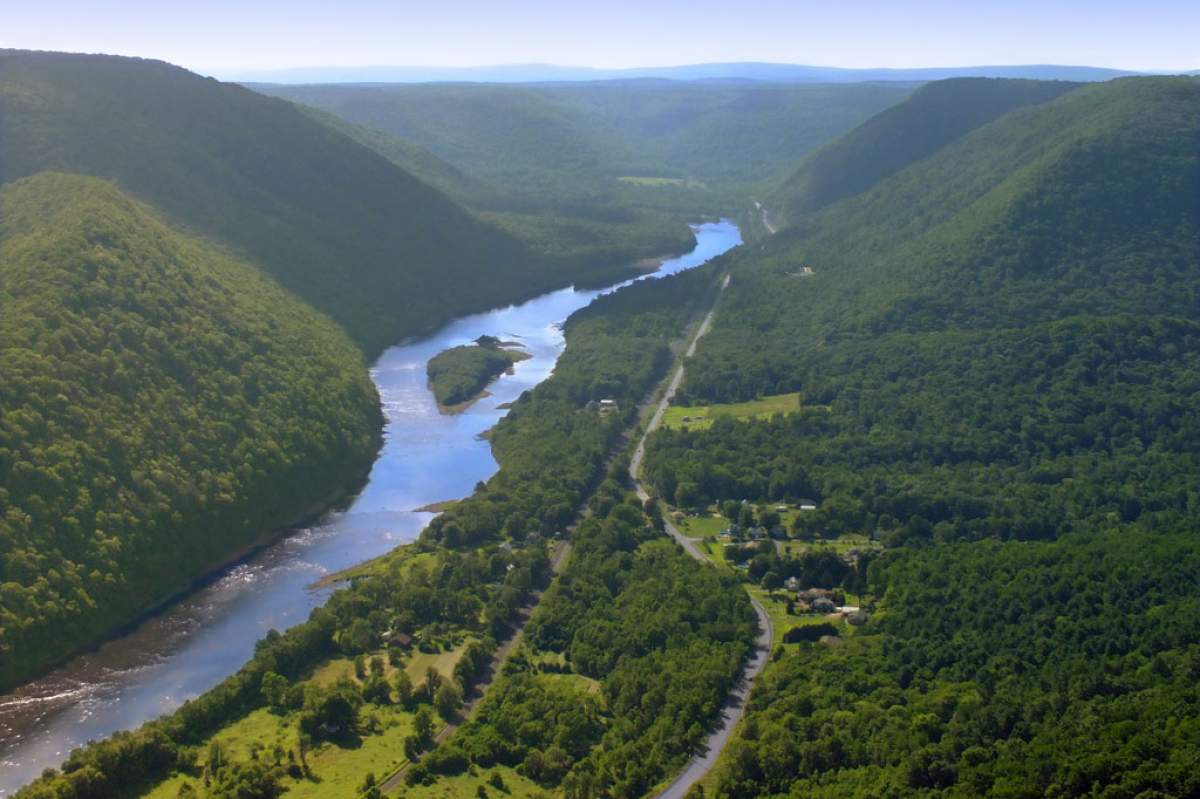 If a river has a chance, it will meander, winding over the land in a series of loops. Geologists even call the loops, meanders.

You can see meanders on a map: along the lower Mississippi, the Alabama River near Selma, The Arkansas near Tulsa, the Ohio near Evansville, and on thousands of smaller streams wherever there‘s a steady flow of water over nearly flat land of fine-textured soils.

Rivers meander because any small bend in a river tends to grow.

Meanwhile, on the inside of the bend, the water flows more slowly. Sediment held by the water can settle out and accumulate along the inside bank.

So the water eats away the outside of the bend while it builds up the inside of the bend. The bend in the river grows into a big loop.
When the loop gets big enough, the water cuts across the narrowest part of the loop and starts the meandering process all over again. The cut-off loop becomes an oxbow lake.

A meandering river often alters its course. Mark Twain, in his book Life on the Mississippi, says that steamboat pilots of his day traveled up and down the river even when they weren‘t working, just to keep track of the latest changes in the course of the water.