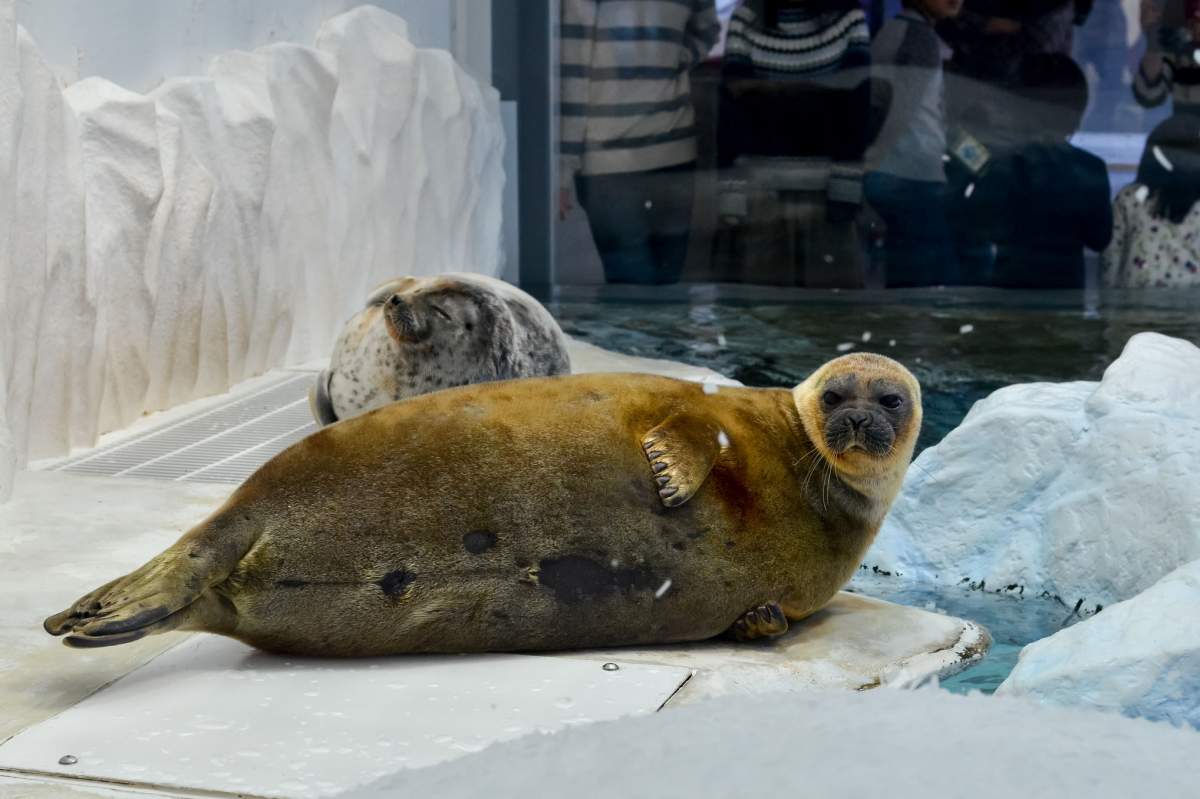 You've probably heard that global warming and melting ice in the Arctic is killing off polar bears by shrinking their habitat, but are other arctic animals suffering, too?

The answer is a definite yes. In fact, another animal directly affected by Arctic warming is one that polar bears rely on for food, the ringed seal.

Like polar bears, ringed seals live on the snow, or actually in the snow. They burrow into the snow, digging out caves where they give birth, and raise their young. The caves keep the pups warm and hide them from polar bears and other predators.

However, because Arctic snow has been melting so quickly, seal caves often collapse,making the pups easy prey for polar bears, foxes, and ravens. If they don't get eaten, exposed pups can freeze to death once the snow cave melts away.

It's hard to say how many ringed seals there are, since they live underwater and under the snow. They are however, the most common seal in the arctic, so there's no immediate danger of the species becoming extinct.

The problem is polar bears eat ringed seals, so if baby seals keep dying off, eventually there will be a decline in the seal population. This of course would mean that polar bears won't have as much to eat.

Global warming disrupts the entire ecosystem in the Artic, affecting species from the ringed seal, all the way up to the chain to the Inuit people who live there.