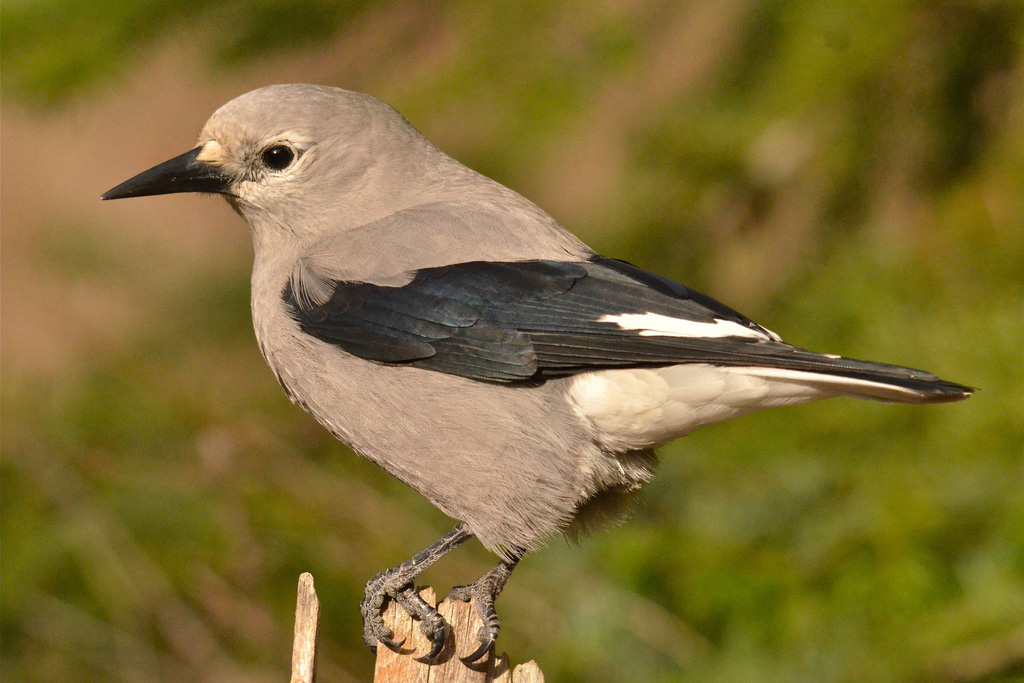 When autumn comes around many people get busy canning, preserving, and preparing food stores for winter.

So do many creatures in the wild. Today's Moment of Science is about the food storage habits of a pretty neat bird that lives in the mountains of western North America: the Clark's Nutcracker.

If you were a Clark's Nutcracker, your winter food preparations would involve collecting nuts. Pine nuts, to be precise. A whole lot of pine nuts. We're talking tens of thousands of pine nuts!

The most calorie rich pine nuts in the mountains belong to the whitebark pine. Whitebark pine cones are tightly sealed, and can't be spread on their own. Luckily, though, the Clark's Nutcracker has a long, sharp beak that's perfectly designed for cracking into those cones, and extracting the tasty pine nuts inside.

In order to transport large quantities of pine nuts, the Clark's Nutcracker has a special adaptationa built-in "pocket" under its tongue. Within this "sublingual pouch," the bird can carry up to 100 pine nuts at once! It hides them away in underground food caches all over the place. By the end of the summer, the landscape is littered with hidden pine nut stashes, which the nutcracker can revisit throughout the winter whenever it needs a tasty meal.

Here's the thing, though. Although Clark's Nutcrackers have extremely good spatial memory, occasionally they forget about a cache or two. This forgetfulness comes in rather handy for the whitebark pine. As long as conditions are good, the left behind nuts will sprout into new trees. And, voilàthe nutcracker's food storage plans also end up being an inadvertent tree planting mission for the whitebark pine!