The Remains of a Star 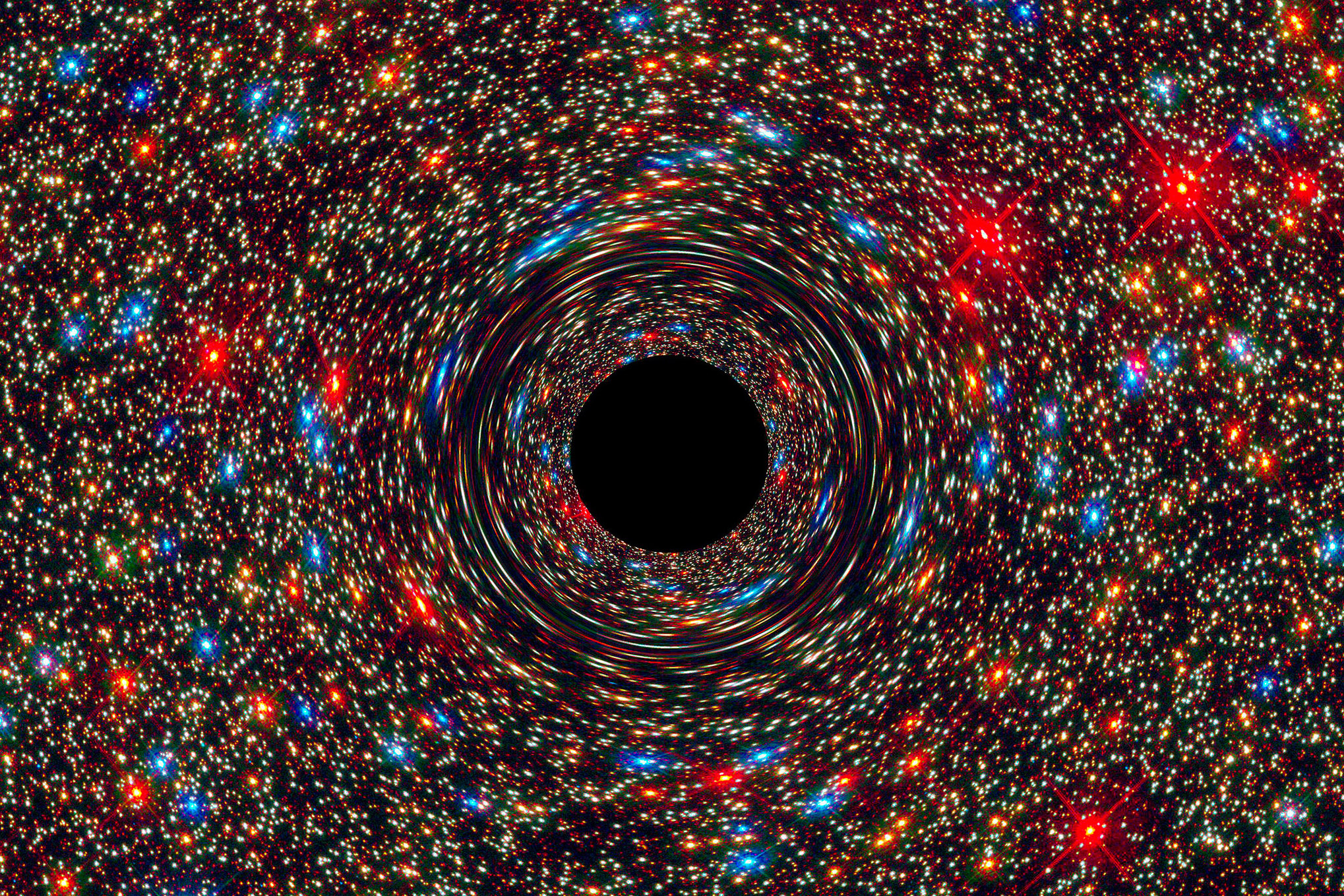 Because of science fiction everybody thinks they know what a black hole is, but few know where they come from.

A black hole is what you get when a really big star uses up all its fuel. Gravity is always trying to push all the stuff that makes up a star into its center. But as long as the star has enough nuclear fuel in its core to keep burning, it pushes back. It's only when it runs out of fuel that everything gets crushed down into the middle of the star.

Never To Be Seen Again

If the star is big enough, gravity just keeps squeezing and squeezing until everything that made up the star is compressed into a tiny point. And get this--the gravitational attraction of that tiny point will be so strong anything that comes too close will be sucked in, never to return!

So it's sort of like a hole that things fall into, even light, which is why it's called a black hole. Even a passing beam of light will be pulled right in.

Cosmology: The Science of the Universe (Cambridge University Press)