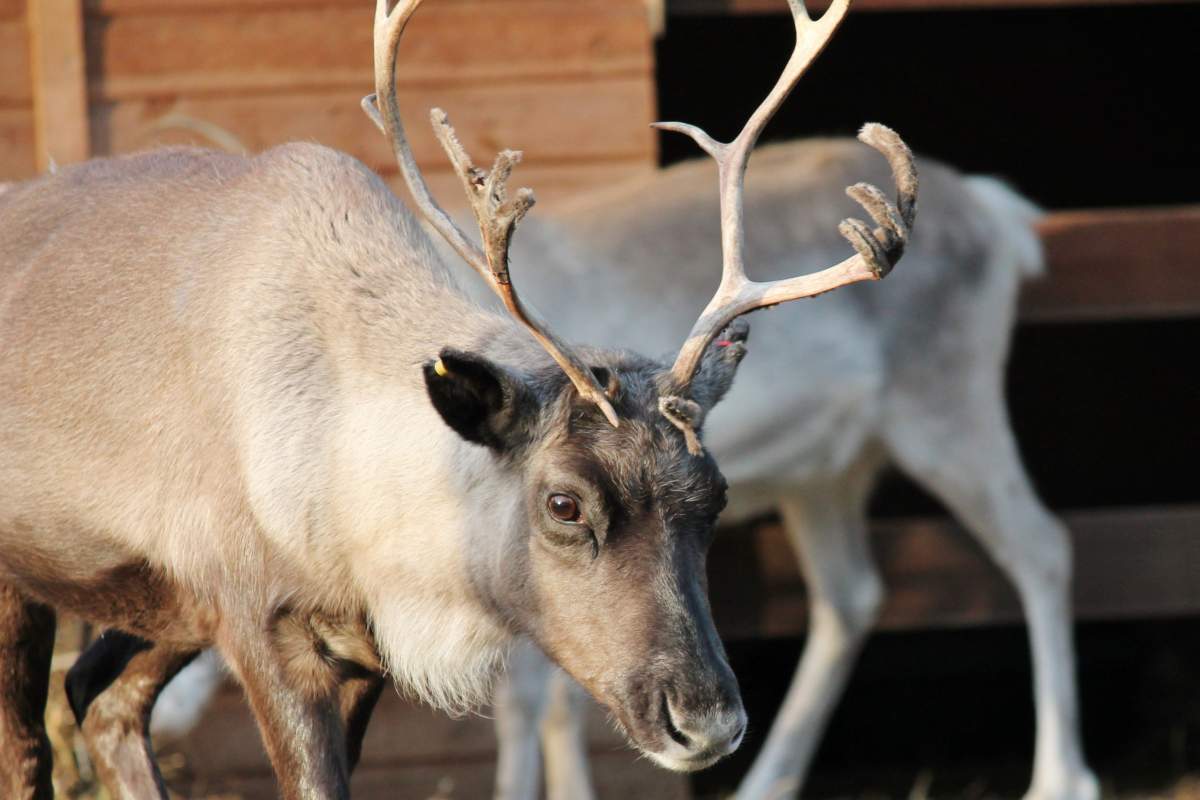 For many children, reindeer are the antlered, red-nosed creatures that launch Santa's sleigh into the wintry sky each Christmas. Contrary to the belief of children worldwide, reindeer noses do not glow red but rather tend towards a furry grey. And unless they jump off a cliff, reindeer are strictly land-based animals lacking the power of flight. So much for the hype. Reindeer are also called caribou, and are large members of the deer family that live in tundra regions of North America, Eurasia, Greenland, and northern islands. Both sexes have large antlers that can grow up to four feet in width. In the winter, wild caribou exist on lichens known as "reindeer moss." Their coats are specially designed with hollow hairs to insulate their bodies and keep them warm even during arctic winters.

People have domesticated reindeer for over 5,000 years, and they are herded by arctic-dwellers such as the Saami of Northern Europe and the Tungus of Siberia. Much as Native Americans depended on bison, reindeer herders depend on the animals for everything from meat to milk to clothing. And yes, in some regions reindeer are used to pull sleighs. Unlike American bison, caribou and reindeer are not endangered. In fact they thrive in various habitats around the world. During the spring herds numbering in the thousands migrate to calving grounds where they give birth to new generations.