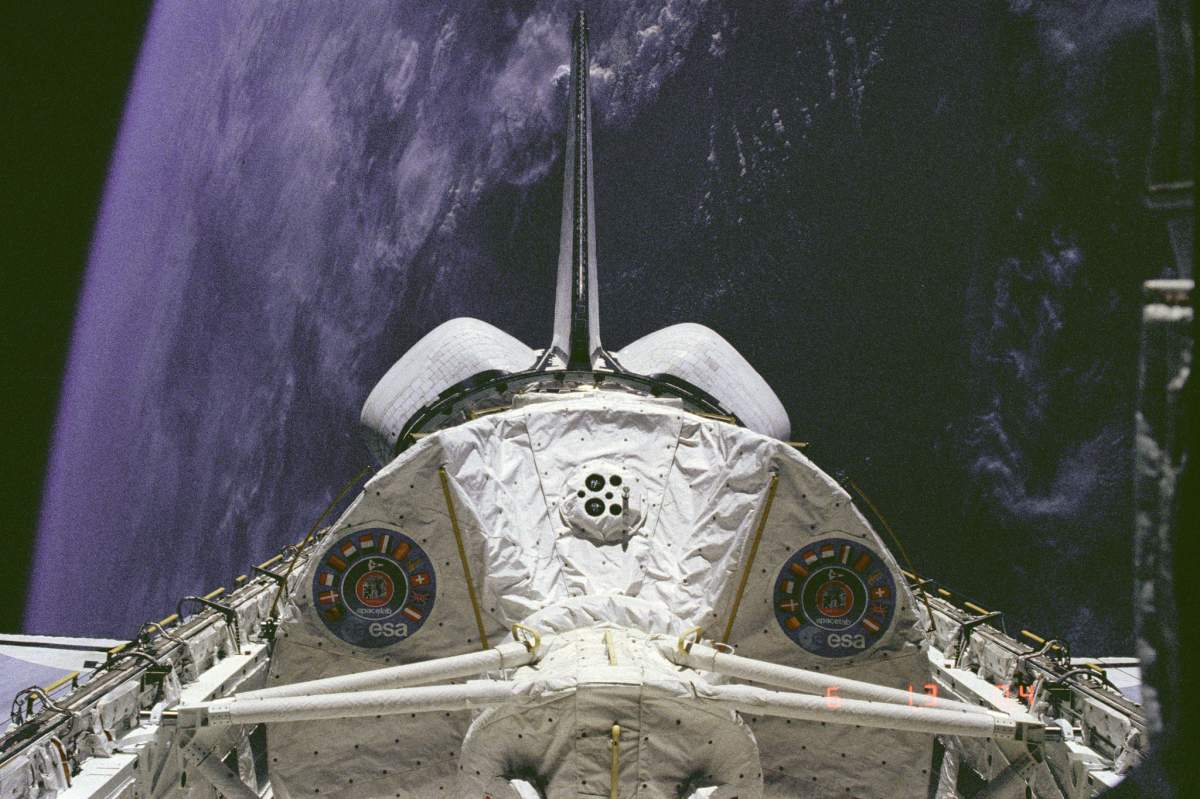 The space shuttle does get hot when it leaves the atmosphere, but not nearly as hot as when it comes back.

Air is thickest near sea level because there are more air molecules there. So when the shuttle takes off, it hits a lot of air molecules at first, which causes friction. But, the shuttle is still going pretty slowly, so the friction is not too great, and the shuttle doesn't get very hot. By the time it gets to full speed, it's just about out of the atmosphere.

And there are fewer air molecules to make friction up there.

On the way back down, the situation is reversed. The shuttle starts off at full speed, and it actually uses the friction from air molecules like brakes to slow it down. So the shuttle goes through the thickest parts of the atmosphere very fast--much faster than when it took off. The friction from reentry can cause the shuttle to reach temperatures greater than 2,000 degrees Fahrenheit.

And that can be dangerous for the shuttle and its crew, as we learned when the Columbia was lost.