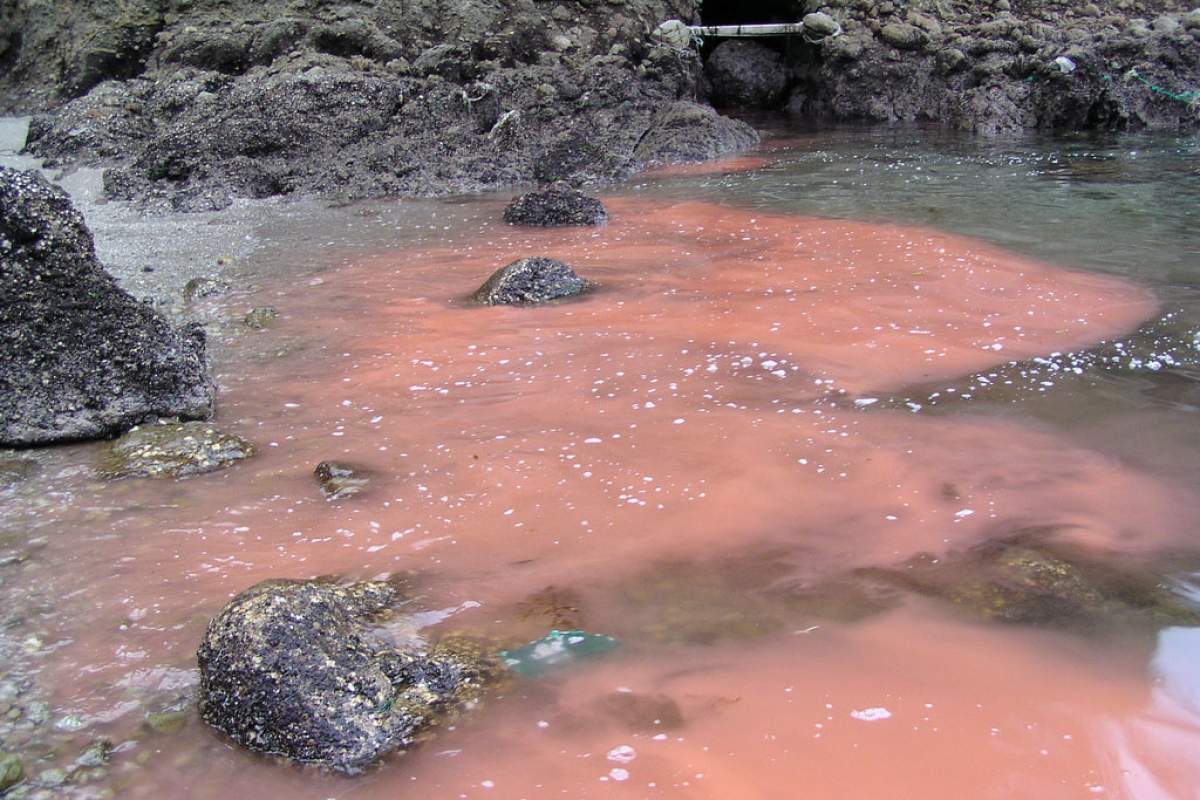 You may know that red tides have something to do with the ocean turning red near beaches, but you probably don't know what this means or why it's important.

A red tide is when lots of algae bloom near the shoreline and make the water appear discolored. However, "red tide" isn't the best name, since the water doesn't always look red. In fact, sometimes it appears green, brown, or reddish orange.

Red tides can actually be somewhat toxic. They've been known to kill fish, shell fish, and marine mammals like manatees. A really potent red tide can even harm people who breathe in the toxic gasses it gives off, or who eat poisoned shellfish.

Microorganisms that feed on the algae, called dinoflagellates, create the problem. They produce complex, poisonous compounds that kill off sea life. Scientists are still trying to figure out exactly how and why this happens.