Why Does The Moon Look Red During A Complete Lunar Eclipse? 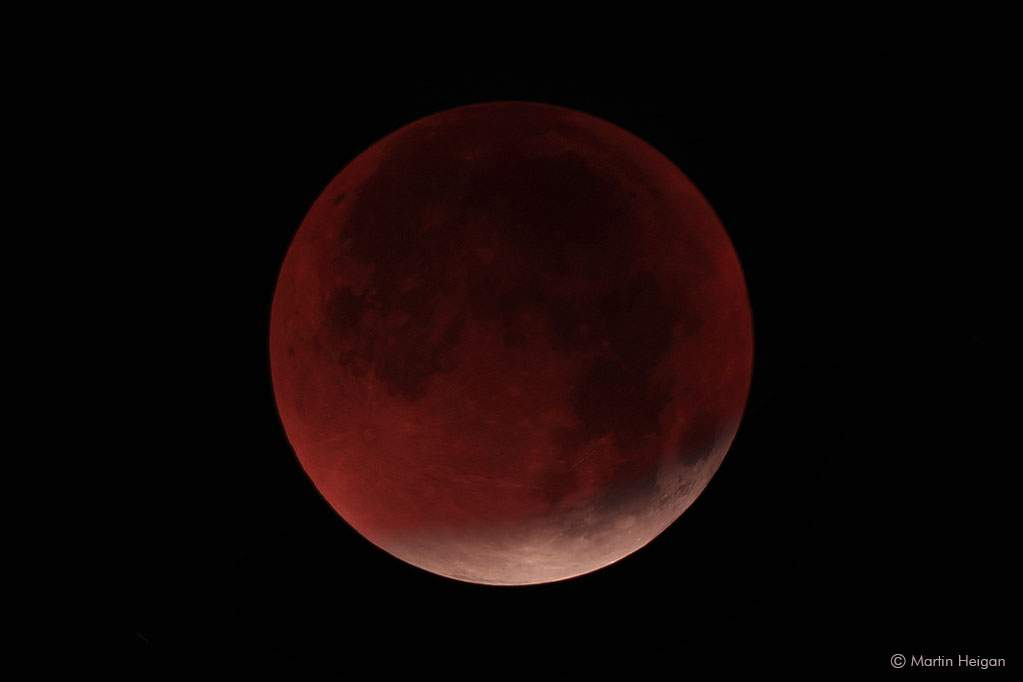 Have you ever seen a complete lunar eclipse? It's spectacular. Â The moon appears red; it's sometimes called the blood moon.

There's a scientific explanation for why the moon appears that way. In this type of eclipse, the sun, the moon, and the Earth must be perfectly lined up. Otherwise, it's not actually a complete lunar eclipse.

While the sun, moon, and Earth have to be perfectly lined up for solar eclipses, as well, the placement of the bodies is different. In a complete solar eclipse, the moon comes between the Earth and sun.Â

During a complete lunar eclipse, the Earth is between the sun and the moon. So, the Earth's shadow falls across the moon.

This isn't a confirmation that the Earth's umbra, also known as its shadow, is red. The reddish color is actually a result of the Earth's atmosphere and its influence.

Remember, the Earth's atmosphere goes up about fifty miles or so, and the sun's rays always need to pass through this space. This is also true for when the Earth is casting its shadow across the moon.

So, that causes the light to be red because the sunlight's rays include the color frequencies in the light spectrum â€“ you know, like ROY G BIV (Red, Orange, Yellow, Blue, Indigo, Violet).

So, we're then left with a reddish moon, also called, the blood moon. In many parts of the United States, the next complete lunar eclipse that is visible takes place on January 31, 2018.