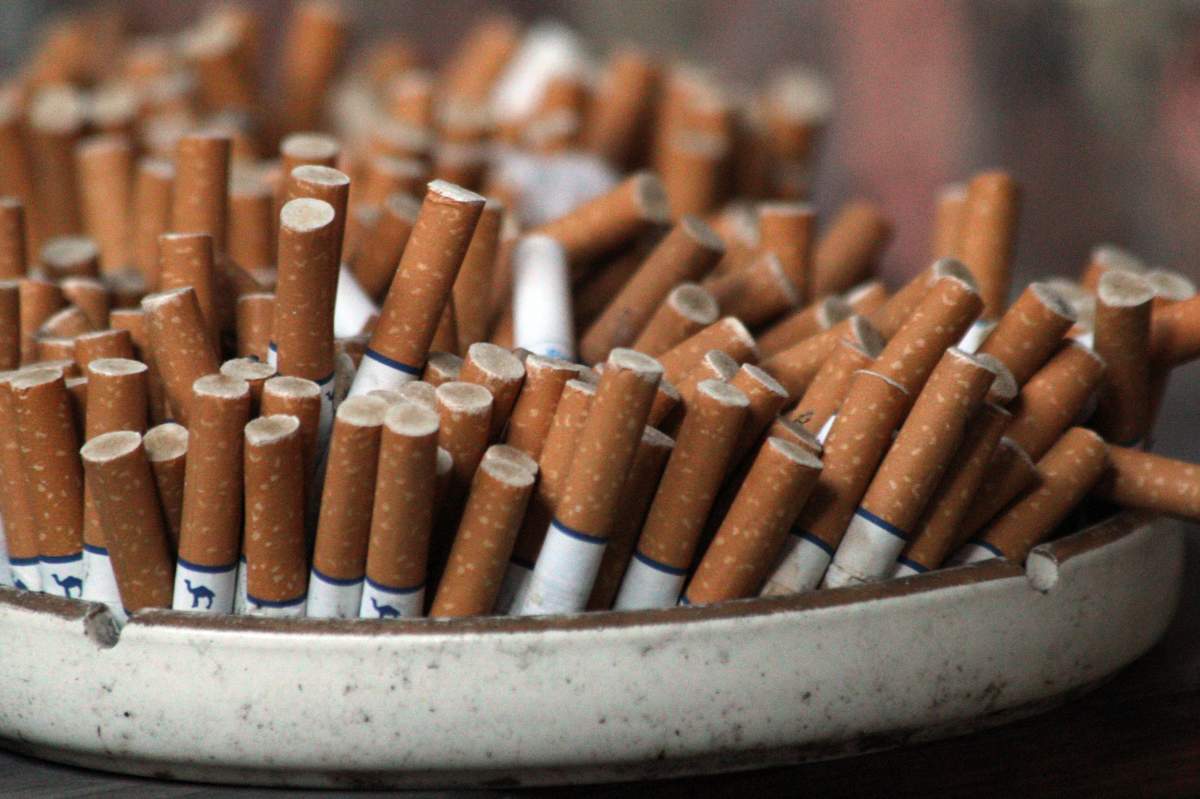 Pain In The Butt

It would be nice if butts were safe and biodegradable, but they're not. They are made of a cellulose acetate polymer which breaks down with sunlight, but it's a slow process that could take up to 15 years. Butts also contain thousands of chemical compounds which can leach into the environment.

Capacity Of A Supercapacitor

Scientists are coming up with ways to recycle cigarette butts. A South Korean research team has successfully transformed butts into a high-performing carbon material using a simple one- step process called pyrolysis. Their carbon product contains a number of tiny pores, which makes it a great supercapacitor that can be used in computers and other electronic devices. The butt carbon is not only cheap to produce, it stores more electrical energy than the carbon and graphene used today.

Cigarette butts are infused with thousands of chemical compounds, many of which are highly toxic. Those chemicals were found to be harmful to water fleas which breed in water, but their effect on mosquitos was unknown. Scientists from Malaysia, Japan and Thailand decided to test the chemicals on mosquitoes that carry the dengue virus which produces a terribly painful disease nicknamed "breakbone fever."

They discovered something interesting. Female mosquitoes actually preferred laying eggs in water that contains cigarette butts over butt-free water. Not only that, the chemicals that leached into the water significantly reduced the survival of the larval stages of the mosquitos. Recycled cigarette butts may become a new source of insect control where their toxins are directed toward insect infestations rather than the overall environment.