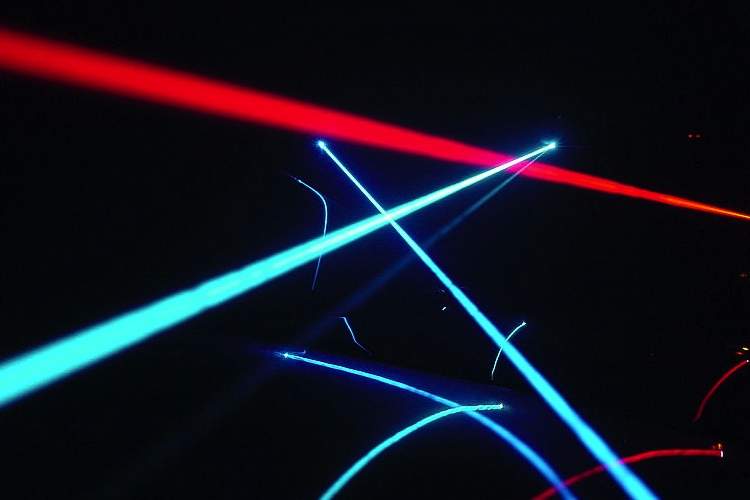 Dear A Moment of Science, I have a two-part question. First, is it possible for scientists to make a real lightsaber like the ones in Star Wars? And second, how cool would it be if they could? Signed, Wannabe Jedi.

Well, Wannabe, let's answer part two first. It would be very, very cool if scientists figured out a way to build actual light sabers. But as for part one, although science is still very far away from being able to make lightsabers that work like they do in Star Wars, there's some evidence that lightsaber technology might someday become a reality.

Now, anyone who's seen Star Wars which is pretty much everyone knows that when one lightsaber blade hits another, sparks fly as the two energy beams clash. In real life, though, when two laser beams intersect, they basically pass right through each other.

That's because photons have virtually no mass and so typically don't interact with each other. But scientists at MIT and Harvard have figured out a way to get photons to interact, albeit under very specific conditions.

Specific as in shooting a string of photons through a chamber filled with ultra cold, vaporized rubidium atoms. When the beam comes out the other side, scientists observed photons emerging in pairs. In other words, something about the conditions in the chamber made the photons attract each other and pair up.

While this phenomenon is very far away from simulating anything like a working lightsaber, it's a potential step in the right direction.