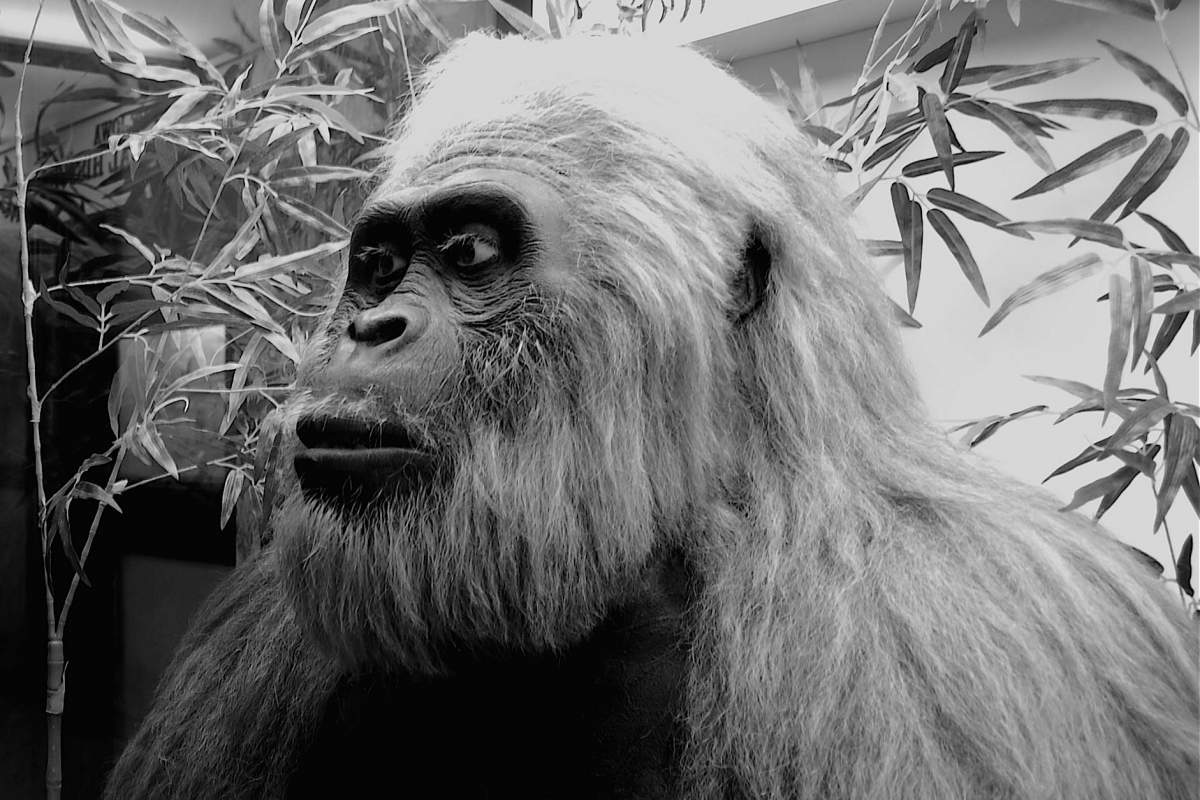 Is Bigfoot for real? --Nervous in the Northwest

Everybody has heard of Bigfoot, the gigantic ape-like creature that supposedly haunts the forests of the Pacific Northwest. Plenty of enthusiasts believe Bigfoot is real, though there isn't any evidence that would be convincing to a primatologist.

However, there once was a creature that actually resembled what Bigfoot is supposed to look like. That creature was the Asian Gigantopithecus, or "Giant Ape." And giant it was. Based on the very fragmentary fossil evidence we have, Gigantopithecus stood 10Â foot tall and weighed over half a ton. A creature like that would tower over any Bigfoot.

Giganto, as it is called for short, seems to have been a bamboo eater, something like modern day panda bears. It first appears in the fossil records we have about 6.3Â million years ago and probably only disappeared for good aroundÂ 200 thousand years ago.

Why it went extinct no one knows for sure, but a reasonable guess is: us. Humans moved into Giganto's territory some 800Â thousand years ago, and within 500 thousandÂ years or so it was gone. Did our early ancestors hunt it to extinction? Did they deplete the bamboo resources themselves? We don't know. But the evidence makes it look like the real Bigfoot had more to fear from us than we did from him.